I was gifted my first digital camera several years when I won a trip for four to Napa Valley – one of the people I took with me gave me the camera. It became a constant companion for a few years, always in my shoulder bag, just in case. Plus a must have for what travel I did. But it had limitations – hard to turn off flash, couldn’t get closer than 3 feet & stay in focus, and useless for night shots. Video had 10 second limit & no sound. So I pretty much stopped using it expect for special occasions.

Then I signed on to WordPress to raise my online profile. One of the hints for increasing an audience was to have pictures on your blog, so I dug the camera out and starting taking pictures again. But the focus limits bugged me. Once I got my income tax return this year I splurged on a new camera. More bells and whistles, sound for video etc. Plus a 12X lens, a memory card that’ll hold thousands of pictures.

At first I was taking pictures of anything – flowers, architectural details, amusing signs, sleeping cats and the sky. But I have friends who do similar things, and much better too, so I did some thinking. For travels some of those things are fine but even then my picture of a field of flowers in Cape Breton could be by anyone. Memories for me and a bit of color for my blog about the east coast.

I wanted to limit my range a bit as well or I’d be spending all my time taking pictures of people’s gardens, broken windows and abandoned furniture. Something that has always spoke to me is random shoes, pieces of clothing – there’s a story in how and why that one shoe is there on the street. What pleased me is that when I started in on my ‘cast-offs’ gallery, more often than not, there would be another and another and hence a focus was born.

I may not have a great eye, technique or bother with composition but I do have fun. I’m more an observer – reportage as opposed to an explorer or revealer. It’s up to the viewer to slip beneath the surface if a picture speaks to them. What I see and what you see looking at the same moment are often very different things. 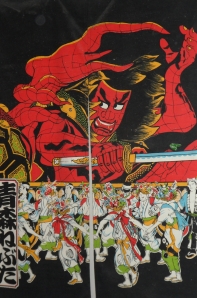 an older piece – sort of seasonal –

that belongs to lovers

that covers the sight front

we put on to keep others

from getting too close to the truth

if they know my deepest secret fears

dismiss me dismay me measure me

who is this they

what is this hidden treasure

not even a blip beat

heart sneaks down and around

wanting to be caught taught a lesson

wanting to be fearless

why is it we choose to reveal ourselves

only to the one we fear to lose the most

as if this revelation will become a glue

that can keep the fright

from pulling us apart

wishing there was another way

to say what doesn’t make sense

except in the beat of the moment of suspense

between trust and fear of truth

push me closer to the think again buster

I’m not the one you want

I’m merely the one you need

and the bedroom isn’t a threat

but a motion of grace

a station of the come across

does that make sense build fences

another of the dearly parted

ready to depart from chances to changes

from dinnerware to underwear

losing sight of the fright

devising ways to make me sorry

don’t make me put down my ideals

just to reach something in you

so you feel safe enough

to put down your questionable attitude

catch sight of the short coming

this fright is the same the world round

staggering subjected to the next opportunity

the expectation that  some sort of salvation

can only come through

the transcendent shattering of self

by shooting the biggest load

into the warmest trusting affectionate

who will look you in the eyes in the morning

tell you everything is all right

for wanting more than enough

for not getting everything in a single gulp

knowing that they measured your treasure

and found it haunting