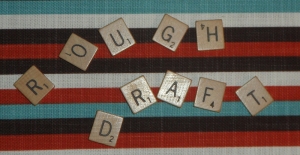 what stands between me and the spirit

I no longer wonder

what that spirit is

I accept and experience it frequently

I no longer try to confine

what that spirit has to be

no book of rituals

no words passed down

through the mortal  fallible hands   minds

of men  women before me

I am free from all that chatter

about what spirit really means

or if one sect

has exclusive and sole

as if one could

of that powerful  all encompassing grace

someone licensing the sun

or claim sole property rights to the rain

so that only those

who could read the rain drops

as he read them

yet such is the case with the spirit

between me and the spirit

this sorrow over the way

some exert their puny strangle hold on others

how they purport to have that direct line

that sole and blessed right

to dole out who gets what and when

only the never sullied

only the those who tithed constantly

those who never never ever never

whatever they have felt

the rain drops stains have dictated

I am grateful though

that I don’t sit and burn

that I don’t put my energy into railing

against those whose rain falls

that I don’t have the time or urge to condemn

how some open their umbrellas

while others skip over puddles

and still others remain in the dry

to merely watch the rain

and curse how their day has been ruined

not to have that burn

releases energy for other things

opens me to enjoy the rain

allows me to move on with a life that

and not forces it to fall when and how I want

I have come to realize

that I will get as wet as the next person

that I will miss the sun on cloudy days

but I do know

the sun is still there

even if I don’t see it

that the rain wouldn’t fall

that is a part of the miracle

that to be a part of that miracle

is to be present

that there is rain

that even the dark cloudy words

of those who choose to condemn

can never stop that sun

even if they can stop my life

even if they choose

to burn up their own joy

in the pursuit of those whose joy

so in the morning when I wake

I open my window to the world

to the sun of the spirit

to miracle of rain

and am in the cycle of life 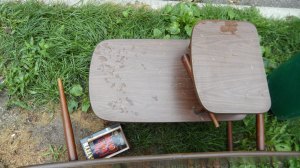 This is a semi-successful attempt at dealing with the spiritual. In 12 step recovery the word God gets used often, so often people frequently see recovery as a Christian construct – to separate spirituality from the church (any church) is a challenge, and event though I do that, there are those to can’t, such is life.

I say semi-successful because I’m never that satisfied with dealing with such abstract issues and end up feeling I’m either too defensive or merely preaching to those who already agree with me. Not that I’m looking to argue theological abstractions with anyone. 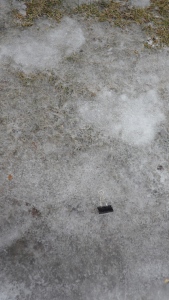 Belief and faith often become mushy, new-age concepts in an attempt to seem mundane and acceptable to anyone regardless of their religious upbringing. Mystery, mysticism are illusive and ultimately are meant to be experienced not explained. Even if there is a scientific, molecular explanation for things, that doesn’t change anything. 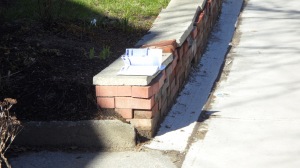 There are references to various theories, conspiracy and otherwise, ways in which what might be said becomes translated into what someone wants it to mean. Like that game ‘rumour’ where you whisper something to one person who whispers it to the next and so on for ten or people and by the time the person hears it is it nothing like what the first person whispered. What ever the spirit of our universe is, it is more definite than a whisper but there is so much chatter going on we sometimes can’t hear it. But one doesn’t need to hear it to participate in it. 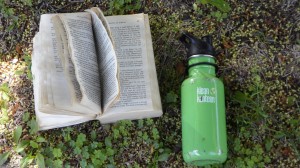 One thought on “Obstacle”