Back to pop with a pair of cds by The Beau Brummels – Triangle – is one of my all-time favourites recordings – with songs & studio work with VanDyke Parks & Randy Newman – it a masterpiece that got sideswiped by Sgt. Pepper. Gentle, emotionally satisfying and haunting it is a true 60’s classic. Sal Valentino has an amazingly seductive voice. 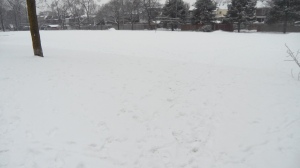 The other is The Best Of – which includes their hits (really!) Laugh, Laugh; Don’t Make Promises. Some of the lyrics are laugh-out-loud, flower-power stoniness but well worth it.

A few years ago I was watching Hammer Films’ Dracula A.D. 1972 – setting the Count in London’s swinging scene – it opens with a band at a ‘hip’ party & the  lead singer’s voice galvanized me – I googled the film & found that it was Sal with his band at that time, Stoneground – needless to say I downloaded that crazy sound track – Mike Vickers (of Manfred Mann) created a electronica, orchestral score that is great. But Stoneground are fantastic – the film itself is as dumb as a bag of Hammer films but succeeds as a time-capsule of what the movies thought the swinging 70’s were about.

are you following me?

When Don saw so many people lined up at the ATM he walked away in disgust. After spending the afternoon with a difficult patient at the hospice he just wanted something, anything, to go his way.

He was used to dying people, who set themselves up as judge and jury and executioner of the living but this guy, Carl, had gotten under his skin in a way no one had for several years.

Now all he wanted was to stop for a quiet drink after work, unwind a little before he went home to his empty apartment, to his cat and to his bed.

Ah happy hour at St. Jack’s. May be this was when things would turn around for him. The warm dark of the bar pulled him in to its embrace.

He didn’t feel at home but welcome, wanted here. He found a table and even as he was slipping out of his jacket, Craig, one of his favorite waiters came over.

“Hi handsome. How you doing today? Looking to get happy?”

“You said it or forgetful. Which ever comes first.”

“Okay.” Don wasn’t sure what the usual was for him. Sometimes he would order a beer, sometimes a double shot of the house Scotch. But whatever Craig would bring would suit him as long as it didn’t have too large an umbrella in it.

Before he got the bar Craig stopped at another table. “Hi handsome. How you doing today? Looking to get happy?”

Ah, well, the way of the world. He wondered if Craig actually knew anybody’s name. But still it was good to be treated with some interest, some affection, even if it was just a professional stance.

He enjoyed watching Craig. He figured the waiter was about the same age as he was, looked like he got to the gym more than Don did, and had the sturdy heft to his calves that Don would enjoy seeing naked. Hmmm. Now that wouldn’t be the usual though.

Craig put a tall amber frosted drink on the table. Don passed him his credit card.

“Shall I start a tab with this?”

“Sure.” Why not? Watching Craig for a while would help make this hour happy for him.

“Then maybe I’ll get you some pretzels. Don.”

So he does know me. Christ my name is on my credit card.