Someone asked me if I ever listen to modern music, which means radio/video pop. If I do that way it is by accident, but most likely by someone on my Tumblr feed posting a video or sound clip by a band they like. If I like it I may buy it. These are some bands/performers I’ve recently added to my collection: 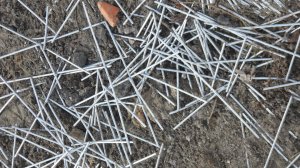 A track by I Monster came up in my Tumblr feed: it had the feel of Avalanches/Lemon Jelly/Moby. Sample happy with fun, soul, and smooth flow. Mostly instrumental, lots of sweet synth work & danceable beats. Great cover art too. I have & totally love: Neveroddoreven; A Dense Swarm of Ancient Stars.

MRF slips nearly unnoticed into Mark Ronson. This I know is radio fodder dance stuff and goes down sweetly & makes for great writing tempo music. I have Version; Uptown Special

Now for something different: Black Rivers with their first release Black Rivers. This is an offshoot of one of my favourite British bands, Doves, & is sonically very similar, with a bit for electronic in the mix. Strong vocals, great guitar work. This is what I’d call alternative adult pop. Capturing & emotionally resonant.

Kate Pierson isn’t new to the scene. perhaps you remember her & that voice from the B52’s? Guitars and Microphones is a great return to the music world – not that she’s actually been gone. Not as retro as the B52’s but as playful and energizing plus she still has those pipes.

My favourite coffee shop posted a twitter link to Flight Facilities. I gave them a listen: a great electronic dance band. A bit moody, a la Goldie, with a bit of Chicane for a more uptempo feeling. Down To Earth slips in easily with this set of recordings.

Finally another throw back with Jimmy Somerville’s new Homage. The voice is angelic, the music is throw back old school disco: strings, bongos, but the lyrics are new school. This one should have come with a complimentary disco ball it is so perfectly old school. I’m a fan.

I don’t want to admit

that I think of you all the time

my day is made when you call

it’s so good to hear your voice

I want to kiss you over the phone

maybe we should take

so that when we talk

we can see each other

to kiss the other

not that I care

because that’s how I feel

but please no pictures

of what I can’t have at the moment

to only hear you

when I want so to hold you

I know you know

because I hold so little back

except I don’t want to admit

that I think about you all the time