First day of the workshop went smoothy. A group of 11 plus Rosemary is just the right size to get somethings done. A usual intros take longer than planned even though most of know each others from past workshops – some have been to everyone, some to a couple, plus some new faces. I’m always amazed the number of published authors who participate. 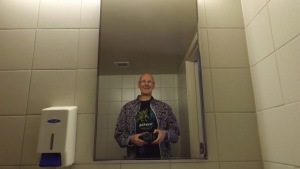 my look day one

Day Two was productive – compelling conversations around p.c. language, creating characters & almost nothing about punctuation 🙂 I did a presentation on using real adolescent memories to create fictional adult characters. Using my current Nano, Picture Perfect, as example I told how I used real memories to propel & create the situation & backstory of my ‘hero.’ Of course the process made the direction of my novel clearer for me at the same time. 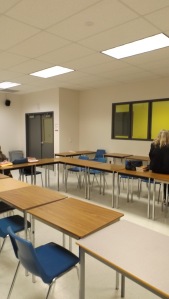 In the afternoon I was on the hot seat as we workshopped the section of Perfect I had submitted. As it was what I written on first day of Nano it was flooded with too much info – but as I world build everything that comes to mind gets put in – creating his hone life, his business life at this stage I didn’t know what was important. But basic premise of abducted children & how it was presented grabbed everyone in the class. So I’m even more eager to get back to it to see how part 2 turns out. 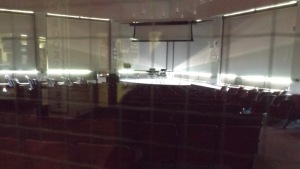 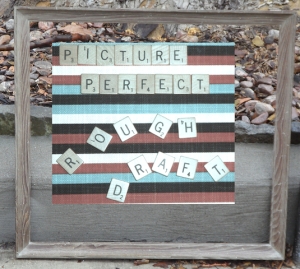 for my work shop piece I brought an edited, for length, section the opening of Picture Perfect – here’s is part 1 of the unedited –

“You’re not listening to me.” Sanjay took the remote from Dan and muted the TV.

“I was.” Dan grabbed the remote. “You said my sister had a good point.”

“But you are going to ignore her?” Sanjay tried to get the remote back before Dan could turn the sound back on.

“Some thing don’t change.” Dan  blocked Sanjay’s hand looked him in the eyes and kissed him. “If I had listened to her, we would not be together. You know that that.”

“So you keep telling me.” Sanjay pushed Dan away from him, got up from the couch and stood in front of the TV.

“Sanj, If you want to distract me you’ll have to drop your drawers.”

“I’m not paying for you to drop them. Now, step away from the TV. I was watching something.”

“You’re always watching something when I want to talk to you. You’ve recorded this anyway, so you can go back to it.”

“You asked me to clear things off the recorder, remember. Now that I’m trying to, you want to talk me.” Dan hit pause. “You’re the reason I don’t think we need a cat.”

“Cats ignore you till you are trying to do something and they are all over you.”

“This is nearly over anyway. Ten minutes.” he unpaused. “Step aside?”

He pressed the back button to rewatch what he’d missed talking to Sanjay.

“What’s it about anyway?” Sanjay sat beside him.

“Missing kids on the east coast.”

“I should have known.”

“Yeah, everything is homework for … hey! That’s me!” Dan hit the pause button.

It was a photo of two boys on the front steps of a house. Arms over each other shoulders, grinning at the camera.

“You sure aren’t missing.” Sanjay said.

“Yeah yeah I know. It’s the other boy Timmy Dunlop. I guess.”

“Guess? I thought you were watching this.”

“You mean, trying to watch. My Dad took this picture. I remember it. It’s been years since I’ve seen it though.”

“Yeah, right. How many photographs have you seen?”

“Enough ,but some you remember. I sort of had a crush on Timmy. We played doctor a couple of times. When we moved I kept hoping to hear from him but nothing.”

“I guess you know why now.” Sanjay stretched. “I’m heading for bed. I leave you to your homework.”

Any reality show dealing with crime was considered Dan’s homework. He saw things in photographs that most didn’t see. His eyes had been trained to discover and recognized what might appear ordinary to the untrained eye.

He went back to the beginning of the program ‘Canada Cold’ that looked at cold cases across Canada. He’d worked such cases with the RCMP and that had tweaked his interested in them. This episode was about a the disappearance of several children in the Maritimes in the mid-80’s. Dan had no recollection of it at all. His family had moved when he was eleven, the same summer of these disappearances.

As he watched he jotted down the names and locations of the children. None struck a chord with him expect Timmy’s. The place name were familiar, Stellerton, Digby, Wolfville in Nova Scotia; Small Town & Port Something in New Brunswick. His Dad had been an itinerant photographer, “Photos By James”, who travelled from school to school, taking class pictures and individual portraits. For summer’s he would take the family with him, spending a day or two, or up to a week in various small towns.

Dan pulled himself out his reflective daze. Replayed the ending of the show again and wrote down the number one was to call if they had any information. He’d call once he had found those photos. Stellerton had been one of the longer stays and one of the last as he recalled.

They’d been their long enough for him to renew his friendship with some of the boys he’d palled around with the previous summer. They left pretty quickly. He remembered being pretty pissed because the Happy Hippo Carnival had just set up and he wanted to so badly to go it.

Moving to Toronto wasn’t as important to him then as seeing the side shows. Even his sister as somewhat disappointed but that was because she was seeing some guy their mother didn’t approve of. He figured that was why they were really moving and for years blamed her for ruining his childhood.

“You coming up or am I coming by myself?”

In the morning Dan ate without noticing what he was eating. His folks must have known about Timmy disappearing. Why hadn’t they told him. He’ d written Timmy letters from Toronto or did those ever get mailed?

“He must have been something special?” Sanjay nudged Dan’s shoulder as he offered to refill his coffee cup.

“The boy in the picture. You are thinking about him, aren’t you?”

“Some but more about why I didn’t know what happened till now. I was so heart sick about him but I let my folks think I was just homesick.”

“Still carrying that flame?”
“No! I haven’t really thought about him or those days till last night. I’m surprised I recognized his face.”

“It was you that recognized first.”

“Yeah well there were so few pictures of me, I mean just of me, with Linda lurking in the background. She invented photo bombing because they was no way dad could take a picture if she was around without her getting in on it. Nearly all by baby picture show either her or my mother holding me.”

“So that’s when the rivalry started.”

“Oh yeah, I wasn’t out of the womb before she was making sure she got as much attention s she could. I better get going. Time to open shop. I’m seeing Warszawa this afternoon. I’ll ask him what he thinks I should do.”

“The RCMP do come in handy sometimes.”

Sanjay was a pastry chef at two different restaurants and Dan was never sure which one he was working at on which day. Somedays neither was Sanjay.

“No. You work evenings more and more.”

“Miss me?”
“You know I do?” He pulled Sanjay tight for a long kiss.

“Today’s the day the animal people are coming. Raccoon in the eaves.”

“Right. What’s that going to cost us I wonder.”

“At least a week of night shifts for me.”

“And two high-end digitals for me.”

“I thought your sister had that commission market cornered.”

“So she does but you know what I mean.” 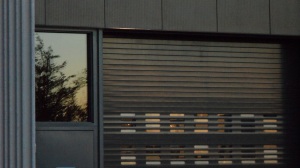