I remember how revolutionary the band Chicago was when it first hit the airwaves. A double album to top it off, with that exciting (but now seemingly endless) Free Form Guitar noodle. Does Anybody Really Know What Time It Is quickly became a joke meme as opposed to the deeply probing philosophic lyric it intended to be. 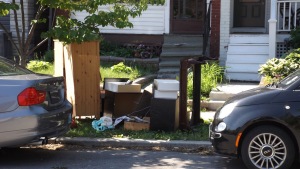 I did love that first album – the actual crowd chant ‘the whole world is watching’ from give it a real sense of political activism & counter culture cache. The horns were energizing, the singing was masculine & the covers song were fun. Nearly every band covered I’m A Man.

Chicago I is loose & adventurous in ways Blood, Sweat & Tears (the other horn band of the time) never was. Chicago II is quite different. Slicker & artier: with a Ballet suite & the 4 movement piece. They shift to a more m.o.r pop sound. People who dug that first lp were disappointed in this one. I loved it though. Fancy Colours is a great, happy song with sweet wah-wah work.

I have these first 2 as stand alone’s. Both searched  out in early 2000’s when I was rebuilding my past via CD. I later sought out Chicago III – the last of their double albums. It’s part of an mp3 collection along with work by Traffic, CSNY. III become less horn & more guitar. No long suites of songs but solid writing but by this point they weren’t breaking new ground & some tracks felt more like fillers so they could squeeze out yet another double lp.

At one time I had their live box set – five lps, or was it six, of nearly note for note reproductions of their studio work. It seemed to go on forever & I finally gave it away. They needed to develop beyond their initial sound to really hold my interest. Rather becoming adventerous they became banal. Finding new ways of printing the Chicago logo on their covers wasn’t enough. But those first 2 recordings are fine.

‘Far be it from me to point this out but, Mr. Palmer, your opinion of Kant will not be the revelation you seem to think it is.’

‘Have it your way, Mr. Green, but the way to a man’s intellect will always be through the bottle and no other way.’

‘Indeed, Mr. P indeed. Shall I pour or shall you?’

‘Why bother pouring at all, my friend.’ Mr. Palmer tipped the bottle and took two eye stinging gulps from it. He wiped it and passed over to Mr Green.

‘Yes, the more simple one keeps one’s exterior world the easier it is to support the complex philosophic structures that our intellects need.’

The sun broke through the leafy canopy of the tree over the bench the two men sat on. Both shaded their eyes at the same time.

‘Now as I was saying. Kant may have missed the point but he was certainly moving in the right direction. That being isn’t necessarily the result of events but of actions.’

‘Tut tut Mr. P I doubt if that was Kant’s intention in any way shape or form. He was more inclined to feel, and in this I have to concur, that being is just as often the result of events outside the individual consciousness as it is to be from else where. May I?’

‘Of course.’ Mr. Palmer handed the bottle back to Mr. Green. Both drank deep with great satisfaction.

‘You seem content to elide over Sartre and Nietzsche.’

‘But isn’t that also the result of forces outside their individuation.’

‘Now your are getting Freudian on me.’

‘No! But sometimes a drink is just a drink.’ He emptied the bottle. ‘I do hope there is another.’

‘Ask and ye shall receive.’ Mr. Green pulled another bottle of  amber liquid from inside his dingy overcoat. ‘One must always be prepared for what it takes to hew new paths in the road of thought.’

‘Right ho. Now join me in a libation before we fix our bayonets for the next attack.’

‘Thank you. Don’t mind if I do.’ Mr. Palmer drank deep. A shudder ran through his arms and hands. ‘Not our usual intoxicant?’

‘Sadly no. The outside forces have seen fit to provide only this.’

‘Ah, welfare cut you back again?’

‘No the old lady wanted money for the kids.’

‘Too bad you hadn’t considered that when you plunged into the flesh my friend.’

‘Sublimate. Channel that fierce energy into the intellect. It is falling into the flesh that has been the downfall of all.’

‘Yes but isn’t that the innate urge God has instilled in all of us?’

‘God! Why man I thought we rationalized God out of the equation yesterday?’

‘So we did. So where does that leave us.’

‘Fucked if I care. Pass me the goddamn bottle.’ 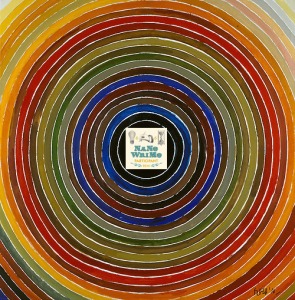