The Festival production of Molière’s The Hypochondriac was a delightful way to escape Toronto’s heatwave to Stratford’s slightly cooler environs this past Friday (Aug 19).  Under the direction of Antonio Cimolino the production delivers one of the most satisfying comic shows I’ve been here is some time. The new text by Richard Bean is fast, full of broad & subtle punch lines, none of which I’ll give away here. All delivered with great energy & commitment by a superb cast lead by Stephen Ouimette & Brigit Wilson. 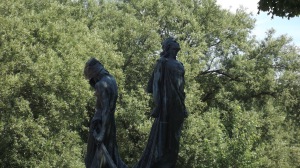 The framing conceit of us seeing a production of The Hypochondriac as given by the Comédie Française with Molière in the title role was brilliant – we saw the Française actors rehearsing dances, prepping the stage before the actual show. The King arrives & is seated in the audience.

The play opens with the start of an escalating series of body function & illness jokes – the various cures include ducks eggs & enemas. Romantic subplots arise, but the bulk of the merciless satire is aimed at physicians, at how patients cling to illness to define who they are – ‘you were happiest two years ago when you were told you had six months to live.’

Stephen Ouimette is marvellous. His timing is a master class in comic stage business, the drinking of his ‘special tonic’ brought groans from the audience. The use of wigs was also excellent – creating & defining some of the characters at a glance.

I enjoyed the inventive use masked figures to remind the audience of cell phone distractions (too subtle for some, as there was at least one cell phone ring during the production – clearly people need to be told directly ‘turn off cells.’)

Molière is a domestic playwright – he deals with his era directly, though it is evident the human vulnerability he writes about has not changed over the centuries. The plot moves fast, the cast is clearly enjoying themselves. The act two enema scene is hysterical and it is followed by a show stopping, over-the-top burlesque that left the audience breathless with laughter. The final curtain was unexpectedly heart-breaking & gave the production a stunningly emotional conclusion. Highly recommended. Urine good hands with this show.

View From Over The Hill

he’s 33 and feels his body rot

as empty as the last one

for each seductive defeatist stance

the same disappointments trotted out

all the broken dates bad breaks

who have sucked the life out of him

all he can feel is his body

cut off from the TV commercial fun

as they dance along the beach

to their eternally well lit

he no longer has

as empty and futile as the last

no drive for change

because change is just new underwear

I look back to my past year

and look forward to the next

the body holds up

I can’t halt the progress of time

on my sagging butt

that butt is still a thing

the tyranny of the body

as much as I once did

I don’t let the bone prison

keep my spirit from reaching

to enjoy what there is

I don’t define my future by decay

I don’t define my opportunity

by the disappointments of the past

or fears of future disappointments

I don’t complain that rain is wet

this is what we have

a rare gift of sentient life

all part of the one life

or ‘you are delusional’

it’s better than wallowing in depression

moaning about what I didn’t get out of life

some years overflow with fulfilled promise

some are planting the seeds

best part for me

is that I don’t know

which plants will produce

I let the sun shine where it will

rather than casting the shadow

so get over yourself

get over the fact

that the men we want aren’t

always the men that want us

‘got it wrong again old man’

well so be it

better to be over the hill

than be struck where you are now 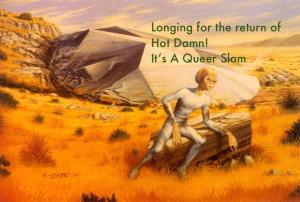