A self-righteous person (usually cismale) opens fire with a weapon of choice and kills people. There is shock, tears, reporters asking witness/survivors ‘how did you feel’ moments after – as if someone is going to say ‘oh, I felt we deserved it. we had it coming.’ This is quickly followed by the call to forgive the alleged perpetrator because without forgiveness the healing can’t begin. 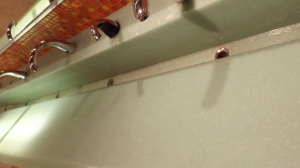 Without forgiveness the victim now is blamed for their choice to feel anger or vengeance. This pattern repeats with variations. A woman who was raped presses charges & is asked why she hasn’t forgiven her rapist. When did forgiveness become letting the allegedly guilty party off the hook. How did letting people face the consequence of their actions become unfair & unreasonable.

Several years ago a ‘straight’ man who was found guilty of manslaughter in the death of a gay man was released because the embarrassment he had suffered already was enough punishment. Why ruin your rapist’s promising life with this blot on his reputation. Forgiveness becomes permission to continue the behaviour. The lesson in being taught isn’t to change behaviour but to be more careful. To pick victims with less ‘power’ to defend themselves. Forgiveness only leads to healing if consequences are faced & changes are made. Which, as far as I can tell, hasn’t happened yet & of course that’s because the dead just aren’t forgiving enough. 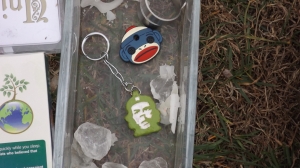 Not that I think one should dwell on things & never move on. There is a need for a personal emotional release to go forward. But to have someone, anyone, demand or prescribe forgiveness doesn’t help with that emotional release.

he was dead already

that’s why I shot him

I thought he was ignoring me

that he was refusing to answer

a refusal that showed an utter disregard

a lack of respect for my position

I have every right to be expected

to be listened to

so when he refused

to acknowledge my command

to wake the fuck up

to roll off that bed

to lay face down on the floor

with his hands behind his back

when he didn’t move

I thought he was plotting

that he was waiting for me to get closer

so he could pull off

pull out his intravenous tubes

and strangle me with them

that he would grab a scalpel

and cut me to ribbons

I sensed he was faking it

to lure me to my death

so I shot him in self-defence

because he was unresponsive

he’ll never do that again

I taught him a lesson

let that be a lesson to anyone

who thinks being dead

is a way to avoid

to protect the moral values

of the world we want to live in