Hot-Sauced Words that is. Thank to Facebook’s ‘on this day’ feature I’ve been clearing out old posts – who goes into the past on anyone’s Facebook page? Except deranged ex’s? So I delete things over a year old – old Word Press posts, pics – things that I already have on line & backed up at either Word Press of Tumblr. I like to keep things sort of simple. But I have been keeping video evidence of past performances.

By past I mean in the last decade. I’m lucky enough now these days if I get someone taking blurry cell-phone pics of me on stage, let alone actual performance footage. So I repost them when they come up just to reassure my followers that I actually do perform given the opportunity.

One these was me at Hot-Sauced. I’m not sure if was from a feature or just hitting the open stage back in the day when I was hitting that, & other open stages regularly. A habit I eventually broke when I realized it was costing me more $ to be there than it worth being there. But I digress.

James Dewar saw the old video & figured it was time to have me back t Hot-Sauced again. Once a decade is clearly the limit for most spoken shows to consider having me perform a feature. Coming so soon after my Hot Damn! set it presented a good opportunity for me to sell more chap books & pull out some the pieces in it that I didn’t do at Damn! Tuesday, March 21: 7:30 p.m. Hot-Sauced Words –http://www.hotsaucedwords.ca/

Don’t worry it’ll be a fairly different set – some pieces reworked, sequence changed, new things added & some old faves added to buffer the raw political push of the Damn! set. Not that I care that audiences will find the political hard to take but frankly I get bored of doing it. This way you won’t get bored of hearing me. 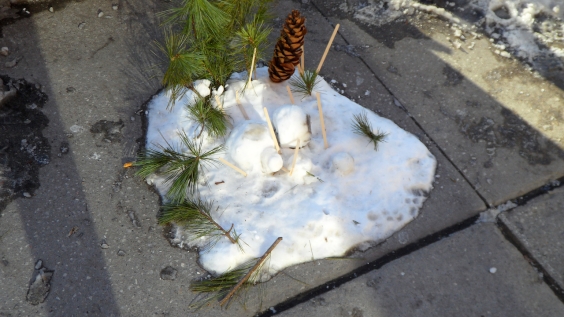