what do I want

or merely to get laid

not that these are impossible

when I expect one to lead to the other

that’s why I never trust

about the magic of the goddess

about his belief in the rights

I know he’s saying what it takes

that ode to fidelity

has all the authenticity of greeting card

This is a second & incomplete take on Law 23. In AA there is a line about ‘primary purpose’ & in this piece I look at what, as writers, our primary purpose is – to concentrate one’s forces toward that purpose is productive but when there is not ones elf purpose, or aim, focus becomes diffused & the effect is diminished. There’s a difference, for me, for performing to perform, than performing to advance my ‘career.’

So I start asking ‘what do I want’ – when my aim isn’t clouded by too many other expectations I enjoy the moment more. But if I’m thinking – I sure hope that these are the pieces people will like I’ve lost momentum, I’ve become a people pleaser & am not presenting my true self. Not that don’t people to like me but I’d rather be heard than liked, if you get me.

One of reasons I now publish & perform as TOpoet.ca is to take personality out of the picture. It allows me, as much as possible, to step back & let the words, the poetry itself speak.

Often I hear & read poets who are more interested in getting grants, in getting credits towards their university degrees than they are in the actual writing. Is their piece about the heartbreak of your mother’s death a real emotion or one only felt for an assignment. This piece is more like two pieces as it steps into the ‘magic of the goddess.’ 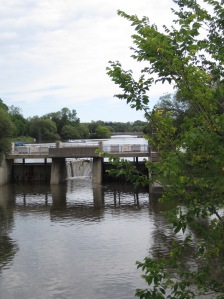 Incomplete because I didn’t feel what it was saying was worth pushing it any further. The sort of thing I’d discard but for the purpose of the blog I’m not afraid to show writing warts & all. The tone was getting to judgmental as well. Guys want to get laid, such is life. But one of the reason I cut back on the reading series I attended was the number of men who would be so creepily attentive of young, usually pretty, female poets. ‘I love your writing. Let’s have a drink & talk about your work.’