A EuroDance remix of Francoise Hardy’s VIP filled the Festival Theatre as the house opened for seating. This was, in many ways, the perfect invitation to this production of Tartuffe. VIP an older French pop hit being remixed for a modern audience just as Ranjit Bolt’s translation remixed Molière for a modern audience.

After the rather bland attempt to add modern touches to the Changeling I was leery of the same happening again but this remix worked wonderfully. The modern set, the flourish of social media savvy by the characters gave us a production, a play that could have been written now. 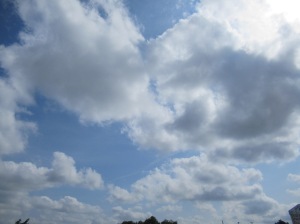 The basic premise of one ordinary man’s blindness to the machinations of another is today’s news. To anyone who attempts to besmirch his idol our ordinary man even refuses to accept eye-witness accounts – these accounts are fake news by envious haters.

Graham Abbey, Tom Roone, Anusree Royby & Maev Beaty are excellent. Abby & Roone superlative at both physic comedy & tricky language play. Deadpan double-takes rule. Roone & Beaty attacked the ‘drumming’ for attention that leads to the big confrontation with a sense of actorly joy. In fact one could sense that all the cast enjoyed themselves.

The finale with the rapturous use of Trump memes brought the house down & to it’s feet for a sanding ovation when the show ended. Sets, costumes, lighting all at the very high Stratford level didn’t disappoint. But I have to compliment the consistent music choices that really created a sense of time & place. I don’t know who credit for that goes to director Chris Abraham, or sound designer Thomas Ryder Payne. I wish the program notes listed the pieces used. Smart choices for a smart production I recommend to anyone looking for a great contemporary comedy.