I recently watched a History channel series on Frontiers’ Men about the exploration of the American west. It was, as expect, rah-rah about these intrepid men but also was unflinching about how the aboriginal peoples were mistreated, exploited and the degree of cultural genocide was disgusting – yet somehow the white immigrants are seen as civilizers of these savage tribes.

The features & slammers at the season 4 finale for Hot Damn! It’s A Queer Slam made it very clear the ways that that cultural genocide continues. I was grateful that Hot Damn! has provided a safe space for very complex layers of racal & gender cultural repression, to be exposed, expressed & appreciated. I was more than entertained I was moved & educated.

The Hot Damn! season ender slam at Buddies played a packed to the rafters – mean packed, the balcony was full, extra seating had to brought out – enthusiastic audience. After acknowledging our debit to the natives who occupied this land Charlie Petch.

The show opened with Mahlikah Awe:ri Enml’ga’t Saqama’sgw (The Woman Who Walks In The Light) drum talk poetic rapologist who did a powerful set about the racial imbalance in the justice system. Mahlikah was emotional, impassioned & without expressing their anger allowed us to feel our own. ‘they are tracking us’ ‘you can’t see what you don’t understand’ ‘seeking their own power/ looking for home’ ‘150 years of being acquitted by your peers.’ 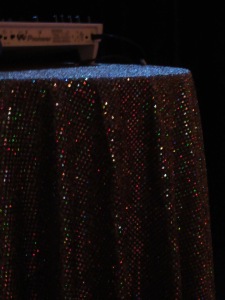 Witch Prophet (an evolution of Toronto based, Ethiopian/Eritrean singer/songwriter Ayo Leilani. A soundscape of vocal layers, loops and harmonies on a bed of hip-hop, jazz and soul-inspired beats) gave us a music set that gave us a taste of their up coming album. The first piece was a freshly multi-tracked piece – voice was layered on itself & on itself to create that vocal soundscape. A solo piece but for dozens of voices. The DJ added interesting beats to the other pieces with sweet variations, more complex vocal interplay. Touches of pop, jazz, and hip-hop created a fresh sound. ‘What if I told you who I was/ would you be more fearful’

After a break the slam proper (or is improper the right word?) got underway once Charlie played ‘Over The Rainbow’ the queer national anthem on the saw. Lines from round one: ‘tempered by hot sand’ ‘one first bite I know I am stubborn’ ‘death is just another word for resistance’ ‘my emotions fluid like my gender’ ‘a generation where we can’t express ourselves so we cat out’ ‘I like to think I am fine’ ‘this books haunts me/ it took place in my home town/ a dozen murdered women’ ‘this book is too heavy for my heart’ ‘the graveyard were the bodies were disposed of’ ‘I thought my feelings were love’ ‘I’m told to find comfort in being uncomfortable’ ‘a mirror whose only task is to tell me how lonely I am’ ‘smelling of something I can’t quite remember’ ‘hear the heart break of all of us at once’ ‘we are no more than the pain they throw to us’

After too brief a breather round two; ‘saggy baggy jeans’ ‘she took me to places others were scared to’ ‘the ears of lady justice plugged by the screams of white men’ ‘I find it hard to breathe when I think about the future’ ‘how much space does nothingness take up’ ‘the object of disconnection devalued your voice’ ‘this is just a voice’s journey’ ‘this art is not a luxury’ ‘don’t ever forget what your voice looks like’ ‘you are what I thought impossible’ ‘everyone ends up leaving anyway’ ‘their eyes said what they could not’ ‘we already labeled as little criminals’ ‘killing us while our hands are up’

If I’ve misquoted keep in mind I’m listening, making notes & getting my score ready. Many of the slammers lost points by running past the 3 minute 10 second limit, so some of the final scores were affected by those deductions. Defending 2017 winner D’Scribe won the trophy once again. 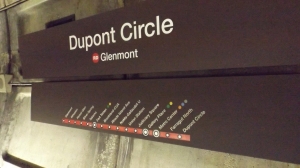