At the end of 2017 there was no proof of a Toronto serial killer – the lgbtq community was merely being theatrical – it was just a bunch of swishy, disgruntled attention seekers who didn’t feel getting the right to marriage was enough to keep their fucking mouths shut. They weren’t professionals whose duty it was to protect the public.

Four months later we have an alleged serial killer with, so far, eight murder charges against him. Apparently these guys start young so the case has been extended back to the 70’s! The disgruntled, attention seeking police are now even more disgruntled at being denied the opportunity to march in the Pride Parade. So this is how we show our gratitude for all they do for the community. I just hope evidence doesn’t end up ‘compromised’ as the case advances. That sort of mishandling never happens 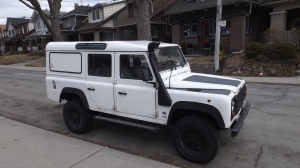 As I see the photos and information about these men, who are all dead (& that is incontestable) I am sadden to see that some of them had never been reported missing in the first place. Such as Kanagaratnam who was probably murdered in 2015. Did families figure ‘oh he’s gone to work in Calgary & will get in touch when he is successful enough?’ Were the families so fearful of the police thanks to their experiences in their troubled home countries? Or where they like Dean Lisowick, men no one really cared what happened to?

These are the identified victims (so far) Selim Esen, 44,; Abdulbasir Faizi, 44; Majeed Kayhan, 58; Kirushna Kumar Kanagaratnam, 37;  Andrew Kinsman, 49; Dean Lisowick, 47; Soroush Mahmudi, 50; Skandaraj Navaratnam, 40. I’ll repeat their names. His will probably never be forgotten so there’s no need for me to mention it.

What I miss most about the sea

is the sound of waves

With their deeply melodic cold

Or their careless foam caps

as they blast the kelpy rocks

Lightning in a hail of night

What I miss most about the night

is the black of waves

With its ungiving distance

Or its depth of stars

As it unfurls unwilling waves

What I miss most about the passage

Is the motion of waves

Or its reflections of the moon

As it rolls pebbles into sand

Raindrops calming the sea with kisses

What I miss most about kisses

Is the waves of sleep

With its endless silver bed

Or its too soon morning yawn

As it nudges my fathomless ache

Sirenes tugging me to the sea of you

What I miss most about the sea 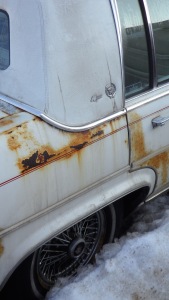 3 thoughts on “Saying Too Many Names”