shirts to the dry cleaners

no one has done my laundry

since I was old enough

to sort whites from coloureds

that I taught myself

one of those abilities

I never learned in school

or even at my mother’s side

I know how to sort

but I’ve never figured out

something my sisters learned

in home ec or was it domestic science

all those things taught by gender

typing and cooking and sewing for girls

hammering and cars for boys

but my sisters never ironed for me

they never cooked for me either

I figured out how to cook on my own

those things taught by gender

I discovered in manual training

to use a band saw or a table saw

filled me with terror

filled my classmates with scorn

and the shop teacher with clear dismay

but at least I was spared the shame

of learning to iron

Another fact filled piece. The prompt was something about not accepting robes from anyone other than relatives and this is where it took me – into my past. I realized, once again, while editing it, that like so many people I know much of the information I learned in Cape Breton at high-school hasn’t been useful, though some of the discipline needed to learn has stuck with me. As well as the negative sense of self that took me decades to unlearn. 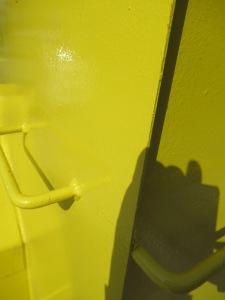 Shame was not a useful educational tool yet many of my teachers used it – ‘you’ll never a writer if you can’t spell’ said in front the class. Phys Ed was a nightmare (which I’ve written about already) of gymnastics, basketball and hairy butts. I wasn’t the worst in the class but I was close to the worst. I lacked coordination for everything except getting in & out of the shower as fast as possible. Guys who wrapped a towel around their waists were called Maid Marian – there was no Robin Hood though. 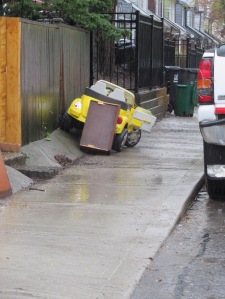 Woodworking shop was also a nightmare. Those machine scared me & the few times I used them scarred me emotionally. Fear robbed me of the upper arm strength to use the band saw. The wood just wouldn’t stay still when I tried to push it through.

If I could have opted for domestic science I probably would have. It seemed much more practical to learn how to cook, sew though the baby-rearing might have a bit much for me. Boy were not allowed to take that option. I hear this is where girls learned a bit about sexual biology. I learned all mine in dark garages.

I also learned I’d never be a real man until I could use a band saw properly. Thank God I never did.