I have to confess I was never a huge George Harrison fan. One of my least favourite big hits of the Beatles is  Something & if I never hear it again I’ll be happy. But I admired & respected his outlook on life & his willingness to trade on his fame to help. He also opened the door to music that I may never have discovered. 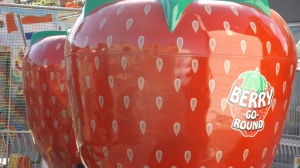 I had the Wonderwall soundtrack on lp, replaced eventually by mp3. I have never seen the movie though, has anyone? 🙂 It certainly wasn’t pop music. I also had All Things Must Pass on lp. Eventually replaced by mp3. His spiritual leanings weren’t as interesting to me as his reflections of life eon the road as a Beatle – Apple Scruffs.

But after Pass I took a pass. I heard bits of other things, Bangladesh but never felt drawn to having anything else by him. His guitar work, to me, was good but unexceptional, same for his voice & his lyrics. 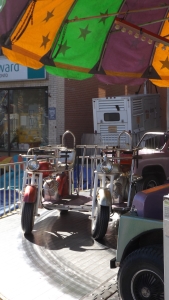 In the past few years I added the New Morning Sessions: his work with Bob Dylan which is of interest as a curiosity; George: another solo lp that I can’t recall a track of. In fact most of his writing, except for Pass, hasn’t drawn me into it. I searched out other stuff via YouTube & found it unexceptional.

I have the 30th Anniversary edition of All Things Must Pass – the bonus material is endless but worth hearing. It is on an mp3 collection along with Shankar & Friends – a nice set of instrumentals & song with Ravi Shanker that sparkles. On this particular is also Paul & Paula: Best of  – Hey! what can I say Harrison needed a historic context 🙂 Here too is the Electric Prunes: Release of an Oath: a rock group infusing music with spiritual searching. The Best of the Troggs: Beatles compatriots. Harrison did collaborations so I found Pay Pack & Follow John Phillips collaboration with Keith Richards! It’s a bit of a mess mind you but fun. 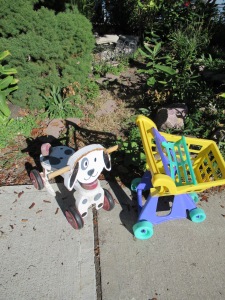 Land of the Lost

‘I must say this room has never looked neater.’

‘Thanks.’ Stef wasn’t sure whether this was a compliment or a dig. ‘Every now and then strange things do happen here.’

‘So what brought it on?’

‘Brought what on?” Stef wished her mother would come right out and say things. If she thought Stef was a bad house keeper why not just say it.

‘You know what I mean, dear.’ Her mother smiled and sat at the dining room table. Stef’s ‘office’ was under the window in that room and the dining room table was often an extension of it. It spent much of its time buried under piles of papers, magazines, books and, as much as she hated to admit it, the occasional pizza box.

‘It was time for some tidying up. After all, you’ve told me many many times cluttered house cluttered mind.’

‘I remember the one time your room at home was spotless was the time you had lost … what was it now … some political button a boy had given you.’

‘I did not lose anything.’

‘Misfiled. Mother I’d rather say, I misfiled it.’

‘And you never found it.’

‘There there dear. I know you creative types aren’t the best of maids.’

‘You are right there.’ She didn’t want to tell her mother how she had spent the last three days going through nearly every corner of the bungalow looking for the dust cover of the book she was reviewing. Bad enough it even had one but she had put it in a safe place while she lugged the book around on buses, read it in coffee shops. Now she was done.

‘You have no idea how much like you father you are. The same furrow of the brow.’

‘So how are things. You know when I see the place this neat I worry you aren’t working as much as you should.’

‘Things are good. Better that they were last year.’

‘Getting any work done on your novel?’

‘As much as needs to be done.’ Stef knew she was avoiding that project with all these others. But it was these others that paid the rent, paid the bills, for now.

‘You need to concentrate on one thing at a time. That’s how things get misfiled. Thinking of too much at one time.’

‘Thank you mother. I’ll keep that in mind the next time I’m homeless.’