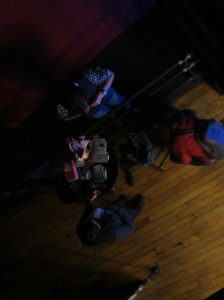 Hot Damn! It’s A Queer Slam kicked off it’s 5th season with international flare with Korean, Middle Eastern, Asian & native poets, singers, & even dancers bringing their creativity to the stage. All are Canadians but our queer roots go deeper than nationality.

Host Charlie Petch’s boundless energy kept the night moving along well after the land acknowledgement & our queer international anthem. The hot button issue of the night was hot buttons 🙂 Hot Damn! now has official Queer Slam Buttons in a range of colours & sizes. You’ll have to come to a show to get one.

Open stagers warmed things up for the first round of the slam. I read a few pieces from my recent chap book. “they were all dead” “don’t turn the light on – I’m less lonely with you here” “being my lover takes more than persistence” “the not-for-profit industrial complex” “lower that critical gaze” “so queer I sweat rainbows & glitter”

From the first slam round: “using binary sex computers” “put a fault line across your body” “years since you left the closet but you still smell of mothballs” “launched too soon & landed too late” “bar shot after shot – you turn into your brother” “talk big act small” 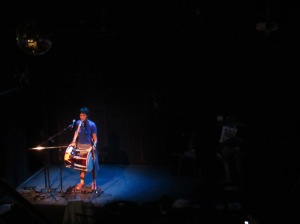 Feature janice jo lee (http://janicejolee.ca) did a resonant set of poems, songs, accompanying herself on a loop station which replaced the cismale boy band of yesterday. Over dubbing herself the songs were complex, compelling & inviting. “when a fem walks down the street – she or he or they are not meat” “if you can’t handle the truth – you can’t handle the revolution” “what’s my gender today.”

For ‘Crumpled Heart Regrowing” she added a Korean drum to the vocal layering & was join by dancer Sze-Yang Ade-Lam for a remarkable mediation on boundaries & inner strength. Between them they hit the sort emotional notes that shows like So You Think You Can Dance? strive to imitate.

From the last slam round: “morning showers bring afternoon rainbows” “separate the has been from the never was” “I’m going to keep saying my name until it is not forgotten” “when worth is only measured by western standards” “the sound of motherhood is knocking on a cracked door” “why was I born with this ticking clock.”

Winners were declared, prizes were given, photos were taken & season 5 was launched into the stratosphere 🙂 Next Toronto Hot Damn will be at Buddies in Bad Times November 15.

she feels compete in marriage

he was a she

things are never the same again

he finds a purpose in self sacrifice

man rescued from loneliness by child

he didn’t really want her

the lame horse wins a race

he dies saving others

it was all a dream

there is no escaping

drugs were a bad choice

she was a princess all along

the villain was his father

the castle blows up

the space ship blows up

the race is won

he is a genius

the plants were evil

she forgives her rapist

he sees the errors of his ways

his heart is ten times bigger 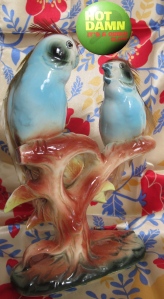 Hey! Now you can give me $$$ to defray blog fees & buy ice-cream in Washington at 2018’s capfireslam.org – sweet,eh? paypal.me/TOpoet 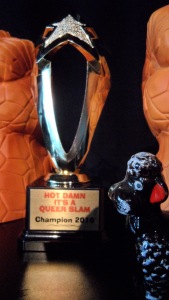