Stan Getz is an old school jazz master who has not be unequalled & widely imitated. His sax sound is similar to Paul Desmond in its dry quality but his style is much more playful than Desmond. 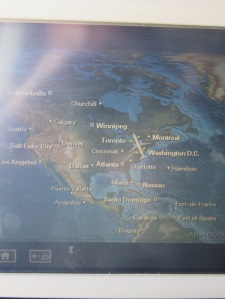 Probably best know for his collaborations with Joao Gilberto he has recorded with many of the geniuses of the time: Charlie Byrd, Luiz Bonfa, Chick Corea, Bill Evans & even Canada’s Oscar Peterson. Perhaps this list indicates that his strong suite is latin jazz – which is true but his work spans many styles from lounge to ‘modern.’

As stand-alone I have Getz with Al Haig: Prezervation; with the Oscar Peterson Trio; with Bill Evans; with himself on Award Winner. His interaction with the jazz piano masters are different – he plays well with others, Most of the pieces are jazz standards with a few original compositions.

Getz is someone I would recommend for anyone starting in on jazz – accessible but not simple. He also provides a solid introduction to the likes of Oscar Peterson & Bill Evans.

‘Here.’ Steve reached out, grabbed my arm roughly and yanked me behind a small car.

Part of a chair sailed over my head followed by something metal. I wanted to look but Steve propelled me farther along the row of cars.

‘Just keep your head down.’

Something landed on the car we just passed. The car shook a moment and then erupted. Thick black smoke poured around us.

‘We can head that way.’ Smoke stinging my eyes I pointed through the park behind us. ‘The smoke should give us some cover.’

A handful of others had the same idea. They got about 20 feet into the park when gun fire rattled. Two of them dropped.

‘Someone’s up there.’ Steve nodded to the building at the far end of the park. ‘Snipers.’

The crowd on the other side of the cars began to disperse in different directions.

‘No,’ Steve took a deep breath.

‘We can’t just sit here though, can we.’ I knew we had to keep moving  ‘The Militia will arrest us.’

‘No. If that was the case I’d turn myself in now but no one’s getting out of here alive. These guys aren’t out to suppress, they are out to destroy.’

‘Look!’ I pointed to a manhole cover.

‘Sewers in this city? Please. No we need a plan.’

‘Well, sorry, but this riot wasn’t a part of the plan.’

‘You wanted an exciting get away and you got it.’

The car we were hunched behind began to rock and turn over toward us. We jumped up and fell back to the shop behind us. An armoured tank was rolling over the car. It’s cannon turret rotated toward us.

We backed against the window of the shop and inched along to the door way. The door was locked. A narrow red light came from the top of the cockpit.

‘Duck.’ Steve shoved me to the sidewalk. 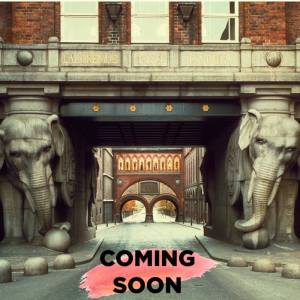 One thought on “Get Getz”