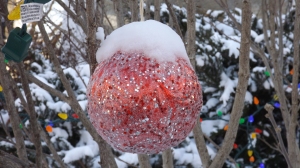 I have a fairly extensive Janis Ian collection as mp3’s one includes the early work: Society’s Child; A Song For All the Seasons of Your Mind; The Secret Life of J. Eddy Fink; Who Really Cares? The other includes her later works: Stars; Between The Lines; Aftertones; Night Rains. After her initial hit ‘Society’s Child’ written when she was 14! She disappeared to resurface decades later with the stunning Stars.

Why did she fade so abruptly? Part of the answer comes from Wikipedia: “At the age of 16, Ian met comedian Bill Cosby backstage at a Smothers Brothers show where she was promoting Society’s Child. Since she was underage, she was accompanied by a chaperone while touring. After her set, Ian had been sleeping with her head on her chaperone’s lap (an older female family friend). According to Ian in a 2015 interview, she was told by her then manager that Cosby had interpreted their interaction as “lesbian” and as a result “had made it his business” to warn other television shows that Ian wasn’t “suitable family entertainment” and “shouldn’t be on television” because of her sexuality, thus attempting to blacklist her.” 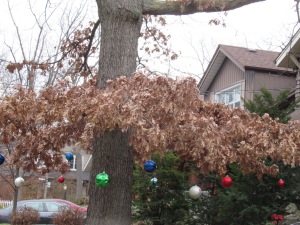 Re-read that & let it sink in. This story sums up the plight of many female singer/songwriters who did not roll over and play fem.

Her early work is at times folksy, at times jazzy but she never stepped into the traditional pop female mold. Her writing covered social issues, romantic ups & downs & self-discovery. J. Eddy Fink is an amazing album with expansive jazz arrangements & tender romantic observations. It didn’t fit the commercial categories like Laura Nyro; nor the hippy category like Joni Mitchell.

She changed labels for her return with Stars. These later albums are more deeply emotional, some social commentary & sweet unfulfilled romantic longing. They music is more what I call chamber pop – elegant with jazz & semi-classical touches. Sweet harmonies & understated performances. In fact some of it is a little depressing. On Night Rains she works with, of all people, Giorgio Moroder!

Ian is a survivor who came out, got married, started her own record label for full creative control. She may have been slowed down by that ‘blacklist’ but remains an amazing writer. If you are unfamiliar I’d recommend The Secret Life of J. Eddy Fink as good starting point. Aftertones is emotionally discomforting – though any of these are excellent lps.

The Wings Of St. Martinia

Last night Hank Grebly did me the great honour & pleasure of taking me to the Maple Valley Rialto Cinema – it is a shame that this fine building is now only opened on weekends for our film going pleasures.

I can remember a time when it would be busy seven days a week, offering us the finest in Hollywood films and fresh roasted peaches or tasty caramel bark corn.

Every time I enter the Rialto I am taken back to a distant era – the mirror balls in the ceiling reflect the many spot lights around the floor. The zig-zag carpeting & lame seat coverings make me long for simpler times.

The film Hank took me to was “The Wings Of St. Martinia.” Many of you are familiar with the local tales of St. Martinia & the font at St. Sufferer’s. Those are her blood spattered wings holding the baptismal tub in the centre of the nave. Not her actual wings, but representations. Not many angels would have had five sets of wings.

Like the Rialto this film is also a relic of another time. Recently discovered in the vaults at College of Arts and Reconstructionist Designers, we were first treated to a lecture by Rudgar Quartz, the Professor of Cinema Studies there, who gave the history of both the film, St, Martinia and the Rialto itself. A very educational evening, leavened by the delightful film itself.

The story is a simple one of suffering and repentance through suffering. Martinia, born out of wed-lock to the daughter of silver smith and troupe of travelling carnival workers, had to face the disgrace of her family and neighbours all through her life.

She saved her fellow orphans from the rain of comets in 1879 by waking each and every child, and leading them to safety. Sadly she wasn’t able to get back to rescue any of her teachers. She comforted the children, as they heard the screams of the staff, who had been trapped in locked rooms in the upper quarters of the orphanage.

In leading the children through the swamps to safety she also rescued Button, a Labrador retriever and her recent litter of puppies. This is why the suckling Labrador retriever has become the representation for St Martinia. When they say, she of the many teats, they are referring to Button and not to St Martinia.

A fact that I was not aware of either.

The movie follows her travails in the garment trade, being abducted by pirates and finally her mission to Mongolia where she single handedly brought the word of good to those unhappy and dirty mountain people. Her attempts to show them the joys of washing brought tears of joy to my eyes.

If you have a chance to, get in to see this delightful movie. Tell them Dolly sent you, and you may get an extra dash of moose mustard on your red hots. 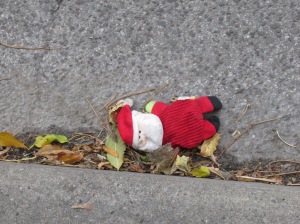