Spoiler alert – I will be revealing crucial plot points so if you haven’t seen season 5 be warned. Of course that fact that there are two more seasons spoils the finale, in which Buffy dies, anyway. The season presents, to me, the best Buffy villain yet with Clare Kramer as Glory. The actor is great & her scenes with Buffy crackle with great energy. She was like Cordelia with super evil powers. 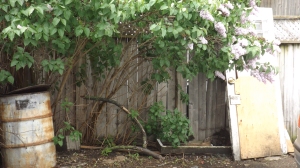 The season starts with Buffy vs. Dracula – one of those about time episodes it also introduced Buffy’s younger “sister”, Dawn, played by Michelle Trachtenberg. Talk about confusing. It did the writers a chance to work with easy family cliches as opposed to the Slayer mythos. The big reveal was well planned & well written to. The departure of Riley, Marc Blucas, was welcome as that ‘relationship’ was tedious & distracting. He was great eye candy but I never felt invested in him as a character.

It was a season of duality – many characters were two people, emotionally or literally – Zander get a double; Dawn is a sister & the Key; Glory is a god & Ben a mortal; Buffy is a Slayer & a parent, Spike is a  mess of emotions. Multilayered characters that drew me in & who never disappointed.

The death of Buffy’s mother, Joyce, was not unexpected & unlike many characters – she dies of natural causes. The emotions felt real and the emotional quandary for Buffy was well written & Sarah gives an amazing (& underrated) performance. 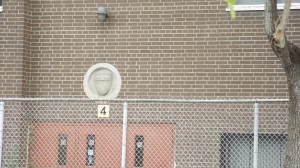 I loved the robot episodes, Zander’s double was great. Any appearance by Glory was satisfying. The morning of her dual nature was great fx & the flip between both of her/his halves int he finale episodes was very effective. I was sorry to see them go. I loved Joel Grey’s arc & I was sad to see that he doesn’t return in season 6.

I can’t say this is the best season but after the mess of season 4 it was a great return to form.

it’s not me it’s them

its a war zone out there

to stop and breathe in

who wants to breathe

the air out there

standing in what sort of shit

no place to rest

to put down the gun

for even a minute

random bullets materialize in the air

when you are walking down the street

looking for a burger joint

for a corner to piss in

if the bullets don’t get you

you’re all out to get me

on door handles I have to touch

cranking up their mp3 players

so I can’t hear mine

daring me to shoot

as they light up a cigarette

as they push ahead of me

to get their death burger faster

fast food being too slow for them

jumping at me with atomizers

when I enter a department store

or something that smells

that tingles the taste buds

something that makes people hungry

when they smell me

it’s not me it’s them

I set out peaceful almost serene

avoid the unscooped spots on the sidewalk

even manage a smile at the barista

who would smile back

if she weren’t afraid it slow her down

and the swish my coffee enough

to make sure the lumps of milk

and sweetener have dissolved

and I’m happy for the first sip

until the lid pops off

and I have to watch

to the sides of my cup

as I sip sip sip to the last drop

I am now ready for anything and everything

that is out to get me

I won’t fight back too much today

I want to be a power of calm

in all this mindless

to step out of the way

resist saying have a nice day

resist saying fuck you too

that stop in the crosswalk

as if they owned the damn streets

to know that even if this a war zone

all is well with the world 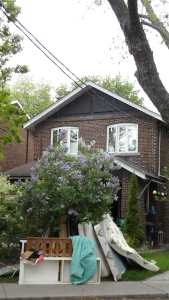