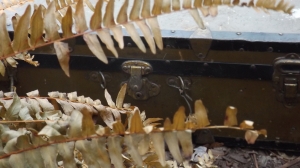 The Best of Godzilla are both double cd editions that covers music from not only Godzilla but Mothra, Hedora, Gigan & others. They cover such classics as Godzilla Vs. Megalon; Godzilla Vs, Spacegodzilla. John Williams has been clearly influenced by these soundtracks with their military marches, sweeping moments of victory. Often some faint traditional sounds filter through. I am particularly fond of Mothra’s Song. Music by ‘The Peanuts’ who sing it is hard to find though.

I have searched out more by some of the Japanese composers of these various soundtracks & have enjoyed exploring their modern classical work. Which how the Koto music was added to this collection – to balance the Godzilla with the real 🙂

Jack Nitzsche is a Hollywood tragedy – he worked with people like Neil Young; created memorable soundtracks for films like One Flew Over the Cuckoo’s Nest; but thanks to drugs never became a ‘star.’ The Reprise set is some of his unused film music, instrumentals & a few songs. Sweet music made sad by his inability to survive the entertainment industry.

These are more modern soundtracks: Trent Reznor & Atticus Ross: The Social Network; Contagion: Cliff Martinez; and ending with Looper: Nathan Johnson. I’ve seen all three movies & enjoyed them. I downloaded Contagion after seeing the movie on TV; I had the Social Network soundtrack well before seeing the movie; Looper came after watching the dvdd that included a short on the making of there soundtrack. Network & Contagion are electronic & interchangeable 🙂 Contagion has perhaps a but more tension. Looper is soundscapes contracted from various percussions & found sound. All three work independent of the movies. All make great soundtracks for daily life, sweet for sex too.

The TV was off. Jimmy stared at the screen. What colour was it. Black. Grey. Charcoal. A non-colour what ever it was. Blank empty but ready to leap into colour at the touch of a button. Why was that? Why was there no colour now. Just the dust that could never be wiped off for more than five minutes.

The TV was off.

The room was silent. Very silent. Muffled with dust it seemed to Jimmy. Was dust settling on me. Am I covered with dust? No, with microbes. I saw that on the TV. Flesh is covered with billions of live mites all scurrying around in worlds of their own. Do they see the TV? Are they aware of the change from light to dark, from colour to no colour?

Should he get up? Yes, that would be a good thing. To move. To wade through the air around him. The air was full of things too. Dust motes, skin flakes floating to the ground; shedded, shredded bits of him, of everyone who had even been in that room. The room crawled with them.

The past has no real colour only dust.

It wasn’t late. He could watch some more TV. That would be nice but what was the point. It bored him. Even the image of his flesh crawling with worlds he couldn’t see bored him. The dust bored him. Bored him more than anything because he could never escape the dust. He could leave the TV behind but there would always be that dust. It would trail him his whole life. He might re-arrange it but never ever be rid of it.

So he stood. Into the dark of the room. Time to change that light-bulb. It’s been a week now since it burnt out. Funny he hasn’t really felt the need for it. One less thing to clutter his life. There’s enough light from this lamp in the hall. Yeah. Now what. He’s up and moving. Kitchen. Food.

So this is what it’s like to be in love. Everything is boring. All the things that I once was fascinated by now bore me. They seem so lifeless. So immobile and dull, dusty. Dust will never settle on my love. Never. Where was she? She’d be home soon. A few minutes, half-an-hour.

He would get food ready for her if he could reach anything. He’d change that light too if he could only reach something. Anything. But why bother. She could reach those things easily. Enjoyed doing it too for some reason. Liked to reach & stretch.

Yes stretch, that is a good idea. Time to stretch. maybe go back into the living-room. No too dusty. Needed a room with less dust.

Water. Yeah water would be good right about now. Was there any. He could hear a tap drip. Can’t reach that.

Some in his bowl though. There had to be some there. Yes, there was. Just the right temperature and no dust on it. That’s nice for a change.

She would be home soon. Fresh water. 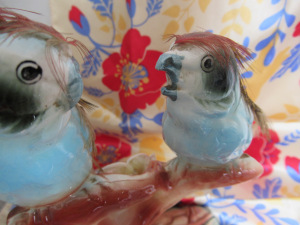