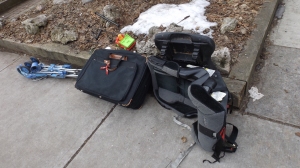 I bought a cassette of If I at the Radio Shack in the Zeller’s Mall (now the Sydney Shopping Centre) when I was living in Cape Breton. In fact that is where I bought my first stereo system. They had a rack of discontinued, discounted cassettes from which I bought music that never showed up at the local record shop. We’re talking early 70’s. 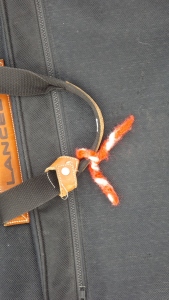 This British band has a great jazz sound – a British Blood, Sweat & Tears. I loved that cassette. Each track is sweet & still contemporary – it could be released this week & sound fresh. Dockland is brilliantly moody. The horn work is superb, as are the lyrics, the singing.

I kept my eye out for more by them for decades. Nothing else by them reached Cape Breton. None of my music buddies ever heard of them. They got reviewed by the US rock press: ie Rolling Stone. As far I know they never had a hit song. When I upgraded from cassette to CD this was one cassette I wanted to replace before the tension was shot but I could find nothing. It was as if they disappeared. Then in I found a 2008 CD compilation ‘What Did I Say About The Box Jack’ of tracks from heir first albums. I was happy to hear those songs I knew & some that I had never heard. The booklet was excellent too. 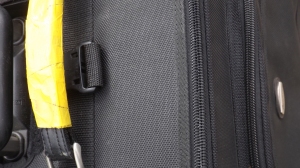 When I finally upgraded my internet to high speed I did a search & downloaded mp3 version of their first two lps & a live concert from 1972. If you are unfamiliar with If, that first lp is worth tracking down. Or if it’s still around the 2008 compilation.

‘You’re nothing but trouble.’ Drak resisted the temptation to hit. He knew hitting would get some response but would also slow things down. And things were going badly enough as it was. ‘You hear me? Trouble.’

‘I know what you are trying to do.’ Drak lost control and the back of his hand smacked Steve across the cheek before he could stop himself. Struck Steve twice more and was stopped on the third blow by a hand that clenched his wrist. Hurt it.

‘Enough of this. There’s too much at stake for you two to be playing at enemy with each other.’

The two men were ashamed.

‘Drak,’ Sis Care stood firmly before them. ‘I don’t want explanations or excuses. I want action. Not infighting. You know that.’

‘You both understand that?’

‘Drak, you understand that don’t you?’ Her face was inches from his interface.

‘I said, no explanations and no excuses. This one is the last one.’ She tapped the laser pistol at her side. ‘I don’t need much to make me use this. You both know that.’

‘Okay. Now we have less than ten minutes before we rejoin Group R. Have you laid all the trip wires?’

‘Three to go but Steve here was …’

‘Drak, cut the crap. Three to go and they take five minutes each to set. We have ten. Get your asses in gear.’

The three of them laid the trrace2 wire filaments along the base of the copter pad and over the catwalk entries. Once all of these optic paths where broken the blast would be set off..

‘Hurry up,’ Sis found herself impatient with Steve. ‘What are you fumbling with there anyway?’

‘Sorry, I get …’ Steve reddened as the ply slipped from his hands.

As she picked it up Steve stepped on her hand.

She had her laser in her hand before he could react. A blast ripped through his arm and sent him sprawling ten feet away from her.

‘I guess he wasn’t your fault after all. Okay we’re done here. Let’s go.’

‘What about?’ Drak nodded at Steve.

Or you can give me $$$ to defray blog fees & buy coffee in Washington at 2019’s capfireslam.org – sweet,eh? paypal.me/TOpoet