Lillian considered her options as she walked toward the O’Dowell’s house. Since her unexpected arrival there she had only seen Steven O’Dowell in passing. Her previous encounters with him had made shy away from unnecessary contact with him. One thing she had learned from her father was sometimes a man’s faults were worth overlooking for his uses.

“Good evening Miss McTavish.” It was Steven O’Dowell. “You lost in another world?”

“Not exactly Mr. O’Dowell. I’ve just returned from Castelton to pay my condolences to the Nelsons. One of their children passed away. It’s a hard life for them. For all the miners. Even the Catholic families have lost children over the past month.”

“I’ve told you many times to call me Steven.” He offered her his arm.

Since she had come to reside at the O’Dowell’s house his actions towards her had changed. Even when they had been together for meals he’d been much more circumspect, as if his sister were always present with them. Of course she still found his Bay Rum to be pungent to the point where she couldn’t wait to escape it and get to her room.

She wasn’t sure how to start but this was too good an opportunity to let slip. Out in the open air his cologne wasn’t so overwhelming.

“Not too long ago you mentioned a Mr. James Dunham?” She hadn’t forgotten how he had caught her off guard with his knowledge of what had happened to her in Boston. Or at least of knowledge he implied he had.

“I regret those remarks, Miss McTavish. James Dunham proved to be most untrustworthy in his business dealings. Quite distasteful in fact.”

“By business dealing you mean gambling?”

Lillian wanted to laugh at his discomfort. She recognized in Steven the same recklessness her older brother had when it came to quick money.

“I know we got off on the wrong foot. Henceforth I intend to be as honest as I can with you. So, yes it was a gambling debt he owed me.”

“Thank you, Mr O’Dowell. But your vices are of no concern to me.”

“I gather from Clara that you had been instructing some of the Mudder brats.”

“Yes. They don’t have the benefits of the good Sisters that our children are so lucky to have. If we want to lead them out of their ways they need to be taught.”

“Lead them!” He gave a half-laugh. “You think of yourself as a missionary.”

“Quite right. If we can make socks for the children of Africa, who as far as we know have no religion at all, or even a need for socks, in hopes of leading them to salvation why shouldn’t we do it here, when there are children right under our noses who need those socks badly.” She a bit taken aback at the vehemence of her own words.

“Well said. Clara was right that there was more to you than good pies and tidy needlepoint.”

Lillian didn’t trust his aspect of Steven. She instinctively knew the face he had shown her the first few times they had met was a true one. He had the quick mind and language of a politician. The sort, her father taught her, who would find what it took to appear he was being honest, when in fact he was waiting merely to get what he wanted. Whether that was your vote, your money or … she shuddered to think of giving her heart to him.

“Thank you, Mr. O’Dowell. Do you think there’ll be a break soon in this dead-lock between the miners and the BritCanada Coal Company?”

“No. The BritCanada Coal Company’s agent Gerald Foxing won’t even talk with the minister of labour. As far as they’re concerned there is nothing to discuss. Either miners accept their terms or find work elsewhere. Why, he even refused to discuss matters with the Federal Minster of Labour. Told the Prime Minister’s office, that as far as he was concerned the miners weren’t as bad off as they claimed. It was all a play for public sympathy. Something those Bolshevist agitators have conspired to do in their plot to take down the nation.”

“Take down the nation? These men? These people?”

“Sounds ludicrous but when Foxing wants to shut the government up that’s all he has to say. That and his bottom line.”

“Is there a solution?”

“Not one that’ll undo the damage done, I’m afraid. These miners don’t trust the government or even their union anymore. Can’t say as I blame them. Change is in the air though. Elections coming up. I’m pretty sure Armstrong won’t get back in.”

Lillian wasn’t interested in the political situation. As much as she had pity for the miners she only wanted to find some way to get herself out of where she was, off this God-forsaken island and back to civilization. If listening to his platter would help then she’d do it.

“Thank you for walking with me Mr. O’Dowell.” They had come to the front walk of the O’Dowell home. “Thank you, also for taking me in when you did.”

“I am grateful that I have a way to atone to you for my ungentlemanly behaviour when we first met Miss McTavish. I know now that I was mistaken about the nature of your character. Even if what James Dunham said was true he was sorely mistaken about you.” He opened the door for her and followed her in.

“Thank you again Mr. O’Dowell.” She went into the house and up to her room. As much as she had been resisting it, she was being to feel at home in Castleton. The local’s had never failed to extend a hand of welcome to her, even though it was not always returned. She hadn’t expected to forge any bonds with with anyone while she was here because she wanted to believe she was only here temporarily.

If she could find a way to leave she would without a moment of regret. She couldn’t think of a soul she would miss or who she expected would miss her either.

She looked at herself in the mirror. Other than her hands she had maintained her looks. She had wasted her attentions on Birk Nelson, perhaps she was better off trying for a man whom she knew found her attractive and was not so bound up in his mother’s apron strings to act on his feelings. Steven had just made no secret of that he still found her attractive, he had been quite gentlemanly when apologized for expressing his interest.

He wasn’t unattractive and his glad-hand manners weren’t that disagreeable. Her mother had told her that everyman needs a woman to make man out of him. Steven certainly had potential and what he father might call ‘good prospects.’

She loosened her hair and let it down. The evening sun behind her turned it into a small blaze in the mirror. It was slightly snarled from being coiled in a braid for the day. She rarely wore it down outside of her room. She brushed it slowly. The curl would need a hot iron to flatten out but the curl suited her. She put a small dab of rosewater pomade in her hands and with her fingers brushed it through the curls. She shook it out. The pale green shawl would be ideal.

She washed her hands, put the shawl around her shoulders and made sure her hair lay on it perfectly. She went down to the living-room. Steven and Clara were sitting opposite each other deep in a conversation which ended when she came into the room.

“Lillian!” Clara smiled. “Your hair! I don’t think I’ve ever seen it in it’s full glory.”

“When I was at St.Agatha’s I’ve always found it best to keep it covered when I was working in the kitchen or the garden or out of the house.” she glanced at Steven to see his reaction.

“A shame to hide it.” Steven’s eyes shone with appreciation.

“Thank you.” Why had she ever considered marrying one of the miners? That would only have discomforted her uncle for a short time but leave her anchored here in this miserable place forever. Steven travelled to Halifax, sometimes to Montreal and even to Boston.

“In some ways. One of the miner’s children I’ve been teaching died.”

“Yes. Sadder is how accustomed to such death the families have become.” Lillian let her head droop a little so her hair would fall off her shoulders. Pushing it back as she straighten up. “I don’t think I could ever bear to lose a child.”

She caught Steven’s eye and held it for a moment, then looked away as if shy. Her heart was racing.

“Hopefully you never will.” Clara stood and stepped between them.

Lillian stood and went to the door of the living room. She quickly coiled her hair, took a couple of hair pins out her pocket and pinned it up. “I’ll go and see if Aileen needs any help in the kitchen.”

She went part way down the passage to the kitchen and leaned against the wall. Her spirits soared. She was sure now that she had found the solution to everything.

Steven came into the foyer. He saw her leaning against the wall.

“Oh, Mr O’Dowell!” She leaned into his shoulder crying. “It has been a most difficult day. Most difficult. I don’t think I could have faced these past few weeks without the kindness you and your sister have shown me.”

The first thing she would do is have him stop wearing that over-powering bay rum of which he was so fond. 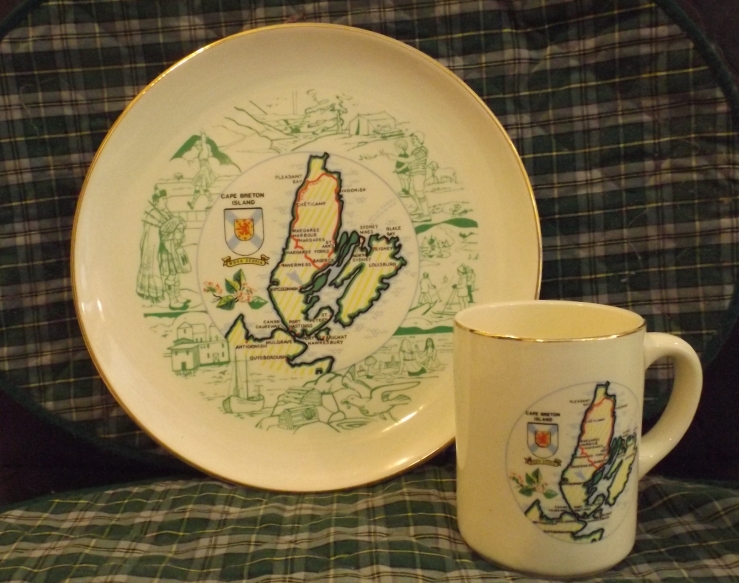