Shell of a Man

a woman got up

stood at the subway exit door

we both turned to the left

both crossed in the same direction

turned down the same side street

we crossed at the same point

she was practically running

saddened by what had happened

by merely being a man

was along her route

is a shell that shouldn’t crack

a bowl to carry me through life

that doesn’t get questioned

of not having to worry

for what isn’t my direct doing

I didn’t create this cultural context

yet I feel guilt

should I have taken a different way home

when I saw us walk

in the same direction

how different from her

I get the same anxiety

when my sense of security

by my assumptions of strangers

do young men alarm me

simply because they are young

how did age become weaponized

how did skin colour become weaponized

the world is on alert

justify that lack of trust

by falling back on distorted news

that suppresses facts in favour of controllers

by not acknowledging any complicity

in making them look pure

not driven by greed

by the need to control

I just wanted to walk home

take my shoes off and relax

not feel the fragility of this shell

This was prompted by an actual event, or rather events, because this isn’t the first time this has happened – me and a random lone female getting on then off the subway train at the same time, walking in the same direction, as the same time. I’m always paranoid that as we walk she’ll stop, unknowingly at the sidewalk to my house, and confront me, mace me, kick me in the balls.

So far no such confrontation has occurred. I don’t know of a way of reassuring anyone, of making myself appear non-threatening when this happens. At times I have not crossed where I usually cross but the defiance to my house is less than 5 minutes so there’s no real way to not go in the same direction. This reaction to her paranoia – I say her, as I’ve never happens when such accidentally-in-the-direction occurs with men. 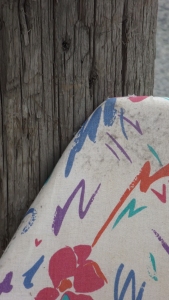 I have female friends who tell me they have felt unsafe when a man walks behind them at night on the street. It saddens me. It one of the memento when I confront the this cultural context of fear. I feel very safe on the street at night, alone, but that is because I’m a man – not because I am necessarily safe – there have been shootings & stabbings all along the Danforth.

I have to admit though that I am less inclined go out at night unless I have a destination I want to get to. Even less inclined in the winter – icy, snowy, sidewalks can be treacherous enough in daylight – if slip and fall I want someone to see me asap. But the war on pedestrians is another issue. 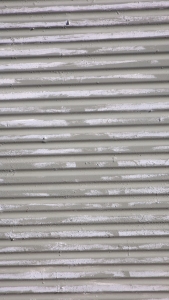 In the piece I also look at this culture of paranoia regarding race & age. I have a black friend who still, in 2019, gets watched when he goes into a corner store. There’s a couple of corner shops in this area with signs that say ‘one student at a time.’ We have a US president who wants to build a wall to further the demonization of Mexicans (rather than rebalance the profit driven economy) – now that blacks have become a less sensational target.

Yeah a lot of that actually through my head when I’m accidentally going in the same direction as a woman. Sometimes I rather stay home at night than confront all that.