In going through a box of papers I came a cross a pile of old old poems written in late 60’s, early 70’s. So having no shame I’m resurrecting them with minimal editing. I was using a cheaper, yellow copy for many of these – the paper hasn’t yellowed with age. Enjoy 🙂

I never knew them

I never will know them

but even if I could have

I doubt if I would have

for with apathy it’s easier to sigh

than get up & try

which is what they did

by things yet to be said

now they are four dead

they never knew me

they never will know

as I feel it’s my time

to move to the front line

to replace those that fall

or can’t relate to the call

then I wonder if I’ll see the end

alone or with a friend

I never knew them

I never will know them

‘Four dead in Ohio’ another Neil Young inspiration while he was part of Crosby, Stills, Nash & Young. The shooting in May 1970 stunned me & my friends. Many were musicians & angry protest songs were part of their repertoire. I was more flower-child than rabble-rouser. The found the hippy movement too heterocentric & unwashed for my sensibility. 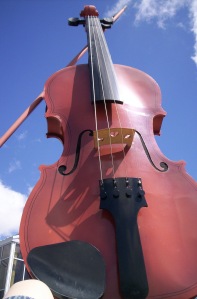 This is one of the few, perhaps the only, pieces I wrote then that reflected life outside my own muddling through life. There were student protests everywhere it seemed while I was started in my Cape Breton Ghost Town reading about it in Rolling Stone or seeing it on TV. What music filtered to the east coast was about as counterculture I got. Let’s face it even the  Crosby, Stills, Nash & Young were millionaires.

At the time I felt a sense of loss though. Loss & futility because the shooting made it clear the entrenched would always be with us & always in control. I see it today around the world. People calling kids who survived a mass school shooting ‘cry babies’ for wanting gun control.