some say that age

is just a number

you are as old as you feel

not as you act

but if you don’t act your age

you are trying to fool people

age may be just a number

but one that tells a story

one that defines you

labels your place in life

people don’t even need to meet you

but if they know your age

it has told them everything

they need to know

colour of your hair

even if they never spoken to you

if you are that blond

even ones you’ve never met

we know all about that black guy gal

everything is revealed by

six-pack is just a number

an age is a cage

used to lock away

how old am I

not a death sentence

There’s an episode of Designing Women in which a character who dates older men tells the one she’s currently dating to act his age – so he dies. The joke being that at his age most men were already dead. Now, I’m not at that age, or at least I don’t think I am. How old do you have to be to shot in a church? Not that I’d be caught dead in a church, but that’s another story.

This piece is as much about aging as it is about how easy it is to slot people into categories based on age, race, gender, job etc. One facet being enough to define them in such a way it becomes difficult to see them beyond that one facet. What team do you like in the play-offs? Saying one isn’t into sports isn’t the right answer. My reply is usually ‘the team that wears the least.’ Ambiguity apparently breeds distrust.

This is how ‘image’ sells. Photos of stars without make-up are often rendered unrecognizable. Privacy is obtained by disguising themselves as themselves not as the product sold on screen. But treat the dressed-down version as an ordinary person & beware, right?

In the shallow world of on online gay male dating age is nearly as crucial as dick size. In fact I’ve seen profiles say, to the effect that, ‘if you are over 50 your dick better be over 8 inches.’ One learns that many men aren’t the age this say they are, or that the photos of them are actually 10 years old.

I’m not keen of being confined by any definition. So when asked, how big is your dick, I’ll say ‘more the enough to satisfy;’ when asked my age I’ll usually say ‘old enough to know better.’ 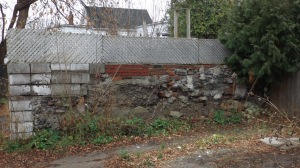