I can’t remember when I first heard Garland Jeffreys. One of my friends in Sydney had picked up an lp or maybe I’d bought one on spec at Woolworth’s in their rack of deleted lps. Or I might have even read a review in Rolling Stone. But he is a memory from my Cape Breton life. I have now in an mp3 collection Guts for Love; Rock & Roll Adult; Don’t Call Me Buckwheat.

He was more a cult favourite than a big pop star. More of a Warren Zevon than a Jackson Browne – who were also making ripples at this time. Jefferys’ sound was somewhat different though. More soulful, dash of reggae  Tough songs about love, politics & race. A direct influence on Lenny Kravtiz. Rock & Roll Adult is an amazing live album. Cool Down Boy about his physically abusive father is powerful. 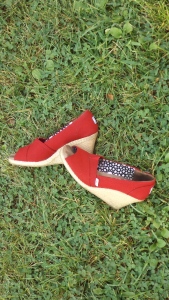 Like many of my mp3 collections this one spans time & genres. So it also has Frank Ocean’s Channel ORANGE. Hop-hop artist with a queer vibes that is sonically dense but none of the songs really grabbed me. Same with Bruno Mars: Unorthodox Jukebox – radio friendly pop. I enjoy this sort of disposable music from the likes of Mars or even the Jonas brothers. Romanic, r’n’b lite.

Here as well is a Toronto indie band Melting Pot: Cancel Everything. Grounded by the guitar of Nelson Sobral this is solid rock that is well produced, engineered & fun. Finally another throw back with a sort best of collection of The Left Banke: There’s Gonna Be A Storm. A brilliant 60’s group that didn’t hop the psychedelic bandwagon & produced some great songs. Their mix of strings, harpsichord & rock is refreshing, clearly a precursor to the chamber pop of Antony and the Johnsons.

‘Is there pain after death?’ Tom looked over to Frank. ‘That’s what we’re here to find out, isn’t it?’

‘Not entirely. But that’s a good notion to work with. I doubt if there is pain after death, with no attachment to the nerve endings, no corporal presence to to be connected to, there is nothing to feel the pain.’

‘Physical pain but what about emotional pain, spiritual pain?’

‘Yeah. It’s a restless emptiness that can’t be filled with people, places or things. When I use them to sooth that pain, it only gets worse. The spiritual remedy is the only one that has helped.’

‘Well, we are certainly in a philosophical frame of mind this morning.’

‘Must be my Season of Change. ‘What has been started, continues in each of us, even if we don’t know it.’ ’

‘I think so. It what made me come with you. To find out what there was to find out here.’

‘So you believe there is a power here.’

‘And we hope to find out if there’s pain after death?’

‘Something like that. I’ve felt something around me since we heard that chant. You have too haven’t you Frank?’

‘I suppose. Seems the air is more humid today.’

‘Rainy season is creeping up.’

‘The dead are just hiding and we are seeking them.’

‘Something my Dad once told me. He said they have passed beyond mortal sight.’

‘As if life were hide and seek … I kind of like that image. They’ve merely hidden and we may never find them.’

A flash of lightening was followed by a nearby clap of thunder. The drinking glasses on the bathroom sink rattled.

‘I have come to protect you?’

They turned and the leader of the boys they had seen two nights ago stood on the balcony of their room. His body streaked with raw, red paint, daubed with splotches of red, white and yellow. He was naked.

There was another ground shaking crash of thunder. The rain started. Heavy. Thick rain that darkened the room.

The boy stepped into the room and collapsed on the bed.