When I lived in Cape Breton, the east coast the sources of music were limited. One that I came to rely on was Time-Life. I subscribed to their Giants of Jazz series of box sets. Each box was 3 lps with a well researched booklet. The music was sourced from original whoever possible, sometimes from 78s transferred. They cleaned up the sound as best they could. It was a way of accessing music I would never have discovered. 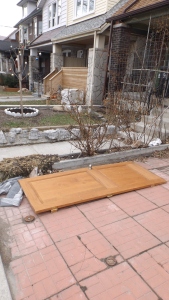 I have many of the releases & always looked forward to them arriving every other month. Now I have them as lps to cd transfers – which in a way undoes their careful clean up of surface noise 🙂 So I received a good grounding in Big Band era music. One Giant of Jazz was Benny Goodman. It’s easy to forget that big bands were the rock groups of their era. No TV, only radio & films. The movie studios created short features of big bands doing a couple of numbers which are clearly the origins of music videos. But radio was the big promotional tool. Goodman was a superstar. 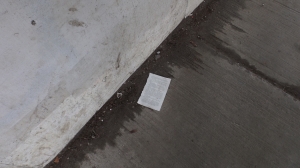 This compilation has the hits i.e. Sign Sing Sing & much more. His band was fully integrated – a rarity at the time – featuring greats such as Mary Lou Williams & Charlie Christian. He was a quiet revolutionary. Goodman is a good place to start exploring this era’s music.

All were highly influential on the acceptance of guitar as being as effective as sax or clarinet in the big band setting & also lead to the near domination of guitar in pop music. Of these players Django Reinhardt is my particular favourite. Yes, guitar was well featured in pop music well before Keith Richard’s first power chords.

Tom panned the camera slowly up and down the unconscious form on the bed. Frank had insisted that they record as many details as they could before the boy came to.

There was band of  white feathers tied around his left leg. On his upper right arm was another band of feathers, only these were black. There was also a band of yellow and green beads wrapped around his cock and balls. The paint smeared on his torso was powdery yet none of it brushed off onto the bedding.

‘Turn him over.’ Tom whispered. He stepped back to refocus the camera.

Frank gingerly put his hands on the prone form. The flesh was warm, wet. Paint came off on his hands.

Tom shrugged. ‘Turn him over.’

The boy’s body rolled over easily. His back was streaked with the same colors with a large, black zig zag circle at the base of his spine.

‘Tattoo?’ Tom asked as he brought the lens closer to the marking. He brushed it with one finger. The paint smeared, stained his finger, as the paint had done to Frank’s hand.

Tom put down the camera and went to the bathroom to wash his hand. Frank joined him.

‘Sleeping beauty was here to protect us?’

They returned to the bed. The teen remained motionless. Breathing lightly with his arms stretched stiffly at his side.

‘What should we do?’

‘Right. Mambo. Mambo.’ Frank gently shook the boy by the shoulder. ‘Mambo we need your help. We need your protection.’

The form on the bed shook violently. A jet of very yellow urine spurted out of him. It stank.

‘PU. God. What do these kids drink anyway?’

Mambo’s eyes opened wide. His fingers stretched till the bones cracked as his body levitated a couple of feet over the bed.