had their own school

I don’t know if there was one

but the girls had their own

from the unruly attentions of boys

schools I went to were mixed

separate entrances for boys for girls

the best way to control

guys who got laid were men

girls who got laid were easy

girls who didn’t were teases

bragged about doing it

or salivated endless about pussy

because they were men

was there a sense

that the guys were in the wrong

it was only the girls

who need to be protected

to get a little

get into her panties

this was masculine prerogative

that resented any attempt

do you want your sons

to grow up to be fags

is the cure for queer

yet I grew up

yet sure of who I was

& who I wanted to have sex with

getting a little wasn’t enough

to cure me of anything

but I did learn

was right for me 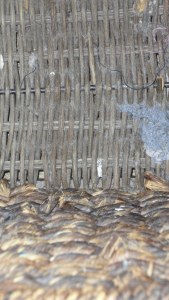 This piece is a documentary. All of it is my high-school experience though some of the facts go back even further in my history. When my family moved to Cape Breton I was enrolled in a nearby school with a mixed gender & to a degree religious population. Entirely white as well I might add. Protestant with a scattering of Jewish students – who we knew were Jewish because of the many holidays they had.

It wasn’t until I got to high-school that I realized there was a separate school system for Catholics, particularly girls. Rather it was a high-school run by a teaching order of Catholic nuns. It wasn’t limited to Catholic’s as I think one of my sisters went there because it offered better secretarial training. A class that was never offered to boys – we did get an introduction to basic accounting though.

Beyond this religious segregation there was a gender divide in the rest of the school system for sports, non-academic vocational options – boys got manual training & shop; girls got domestic science & shopping. Most of the academic classes were mixed but there was separate entrances for grades & genders.

Sydney did have a sizeable black community, as well as a large Native community – but we only saw them if our teams were playing against them. As best as I can remember there was no racial mix in my high school except for one, lone Japanese girl.

The four f’s ‘find’em’ was a real mantra usually used by ‘guys who didn’t but bragged about doing it’ The piece also reflects how gender doesn’t equate sexuality – that even though I had all this male behaviour example I turned out queer, having no queer male behaviour example to lure me into the unnatural side.

The ‘entrance’ that was right for me? I’ll leave that to your imagination 🙂