I am amused by the press Lizzo gets for bringing the flute into pop music when decades ago Jethro Tull brought flute into pop in a bigger way. Sure Moody Blues used it occasionally but never the same driving way Ian Anderson did. I played those early lps constantly. I loved the scraggy hippy look the band embraced which was a strong contrast to the complex blues baroque jazz pop music they  produced. 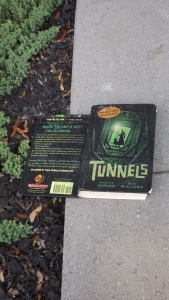 I have stand alone’s This Was, Stand Up, Aqualung, Thick As A Brick. In mp3 collections Benefit, A Passion Play, War Child – plus another version of Aqualung that has been remastered etc. All with various bonus tracks & interviews. I had all as lp at one time & gradually replaced them with either cd or mp3 versions.

Tull was the epitome of progrock without delving too much is not the classical end of things, sure there is enough of that but they weren’t flaunting it, the way ELP did. Lyrically the songs were about love, the system, war. Two lps Thick as a Brick (inspiration for Another Brick In The Wall?) & A Passion Play – are two long suites – with mp3 one gets to hear these without having to turn over the lp :-). Brick is commentary on British class & schools, Passion is a fun mess & includes a rather twee fairy tale in the middle of it. Both lapse into British music hall at times. 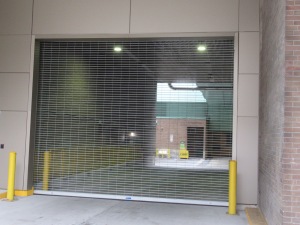 Later lps – War Child, Songs from the Wood are good with real social commentary & the band is drifting into Celtic folk territory more & more. If you are unfamiliar with Tull start with This was or Stand Up.

On the mp3 collection I’ve added Noel Harrison: Collage – sweet nostalgia for me. Maggie Bell: Queen of the Night, Suicide Sal – bluesy work by a British Maria Muldaur – adult pop. I rounded out this mp3 collection with the classic Steely Dan: Countdown to Ecstasy.

‘It’s dry.’ his chair creaked as he leaned back against the sun-stripped paint in the shady part of the porch.

‘Been that way for a while now.’ The other rubbed his eyebrows.

‘Yep.’ The third rubbed his nose.

‘Looking to stay that way for awhile longer, if you ask me.’

‘Don’t need no one to tell us what’s as plain as the nose on your face.’

‘Yep. That’s right hard to miss.’ He rubbed his nose again with a small grin.

‘Not much we can do about this dry, is there?’

The three men turned to look at the fourth. He leaned back against the porch rail and spit into the dust.

‘What! What!’ He dabbed at his mouth with the tattered almost-white hanky from his back pocket. ‘You all been thinking the same thing. I know. I can tell when that thought is in the air.’

‘Least you got enough wet in ya ta spit. Some of us aren’t so lucky.’

‘Takes more than luck.’ the first leaned out of the shade. ‘You got something up at that place of yours we don’t know about?’

‘Me? Yeah. Come on up and I’ll show you the hidden river that runs through Dust Canyon. It comes up right under my bedroom. Keeps the missus happy to be so damp all night.’

‘Good thing. Nice missus you got there.’

‘Sure is dry though. Can’t remember seeing it this dry before.’

‘Years back it was bad. Real bad. That was the last time we …’ he pulled back into the shadow, took off his straw hat to fan his face.

‘Sure enough. I was just a boy, mind you. Just old enough not to worry about being asked to participate.’

‘That was the Gimbly kid wasn’t it.’

‘Not going to say one way or the other. Can’t. Not proper to talk about that sort of stuff. Not here or now. Too much talk takes the power away from it. You understand?’

The heat couldn’t be avoided. The sun blistered down on the four of them. Each edged more into the scant shade the porch afforded. Time to make plans and in the heat thinking became harder, slower.

‘Can’t take much of this. It’s hot enough to set things afire.’

‘Almost. We don’t need to worry about that. Nothing left to burn. Is there?’

The four of them laughed.

A black-haired girl, about five, came out of the house with a bucket of water.

‘Ma says you might want a splash of this.’

They looked at the water. The first tickled it with his finger tips and splayed the others with it.

‘See. Told you this was the right house to come to. If anything’s gonna done. This is where we’ll find it.’