On my recent visit to Sydney I check out some of the places, other than schools, that were a part of my growing up and some of them are still standing !! One place was the First United Church on Whitney Avenue. It is no longer, as far as I can tell, a functioning church. Signage out front has been removed for one thing.

I went to the Sunday school here for a while. This is where I went for Cubs. My memory is quite vague though. I recall the uniform, neckerchiefs and the Jungle Book power structure of the dens. We earned badges of learning knots, doing community service. It was an exclusively male territory. Girls had Brownies, Pixies & such. Our den had a den mother though – wife of the the Akela. She died in a car accident & the dens attended the funeral service. There was lots of crying even though there was no badge for that. 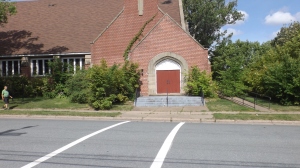 I ‘graduated’ from cubs to Boy Scouts. Our troop meet at, what at that time I think was a Baptist Church, on the corner of Charlotte & Townsend St. (Now it is the United Heritage Church). Points & badges for being on time, tying knots & neckerchief slides. The troop did out of town a couple of times to do a treasure hunt with compass directions & cook outs. I got a badge for cooking – baked potato wrapped in foil in an open fire. 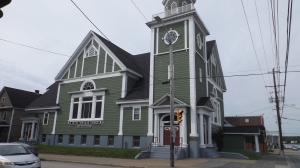 Next level possibilities were things like Air Cadets – which my dad though was too military. He was a Masonic member so I advanced to DeMolay. Both of which are exclusively male domains. In fact my dad was one of the organizers so I guess I’m one of the founding members. We met at the Masonic Temple on the Esplanade at Dorchester St.

Like the Masons it was very ritualistic, Knights Templar stuff. There was a password to get in – that sort of thing. We did fund-raising for community organizations, I think. I know there was at least on car wash. Once we were sufficiently organized we went to New Glasgow to be officially installed. The intent was good but I found the ‘religious’ stuff silly & the ritualistic aspects even sillier. I was not, in the end, a good candidate. 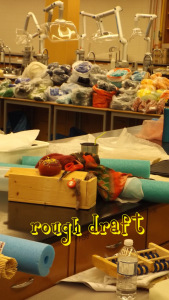 I went up to my room. Parents can be so weird at times, even though I had changed, they had room had restored to pretty much to what it had been like when I was in high-school. Maybe that was when they were happiest with me. When I was still the boy who would grow up to fulfill their dreams of ae perfect heterosexual son.

True I had taken much of my furniture with me when I finally left home for university so they unearthed what had been stashed in the basement – including my old, narrow, single bed. I could remember the fight when I wanted to get rid of it for a larger one. Mom was sure a bigger bed would take up too much of the limited space in the room. She was right but at the time I wasn’t giving in a an inch. The oak frame had a new mattress on it though. The headboard had been sanded lightly but some of my carving still remained as reminders of time frittered away. Initials of girls, I now didn’t remember, in little hearts with my initials.

Maybe some boys though, as then I didn’t know better, or maybe couldn’t admit what I sort of suspected. Like the only reason I went out with ‘D.K.’ who I remember as Darla, was because her older bother mesmerized me with his smile. I could still see his face so clearly while her’s a blur in a yearbook.

“I’m about ready to leave.” My Dad called up to me.

Outside, I looked over the house, the garden. It had been over five years since I’d been home last. Trees were bigger.

“You want a lift anywhere?” My Dad opened the car door.

“No, thanks. Think I’ll just take a stroll.”

“Enjoy. Some of us have to work you know.” He laughed.

I watched from the front steps as he drove away.

I walked to the corner and stood for a minute to look in each direction. One way was the walk to my grade school, another direction to my high-school and a third, the direction towards downtown. Which set of memories did I want to tackle first?