Psycho Zombies in the Rain

it was raining ballerinas

each drop created a splash tutu

on its one toe

to join the corps du puddle

staggering down the street

skin stinking in the rain

crumbling for the lure of brains

drops into the gutter

eyes washed but not cleaned

washed down the sewer drain

the rain not a sheet but a curtain

lightening cuts through it

screams drowned out by the rain

we can’t see across the street

through the car window

wiper blades not cutting it

on a steamy bathroom tile 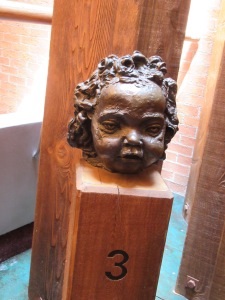 There was a flurry of mash-up horror movies & books ie: Pride & Prejudice & Zombies; Abe Lincoln: Vampire Slayer. I have a friend who does a piece about Hollywood adding zombies to anything to make it more commercial. Try it by adding Zombie to any movie title: Beach Party Zombie Bingo – Zombie on A Hot Tin Roof – Three Zombies Outside Ebbing, Missouri – actually these three sound pretty interesting 🙂 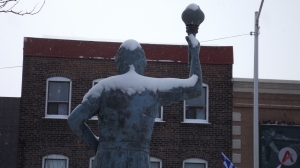 The title of this piece is clearly a reference to Singing in the Rain. In particular the rain sequence with non-mutated Gene Kelly splashing in puddles, swinging from a lamp pole  at one point. Not that zombies are ever agile enough to dance & I’m not sure how they cope with rain either – being rotting corpses after all. The rules for zombies morphs from movie to movie. I’m not sure how long they live if they don’t eat brains. 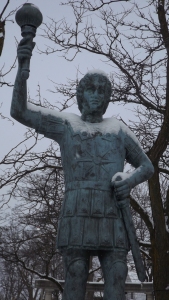 As Kelly swings on the lamp the camera picks up on his huge eyes full of hope & love. Eyes so clear that have to be a special effect 🙂 I can see this moment so vividly. I imagine it as a limited edition lamp hmmm – get the Franklin Mint on the line. ‘unlucky char’ echoes one of the songs from the movie: lucky star. 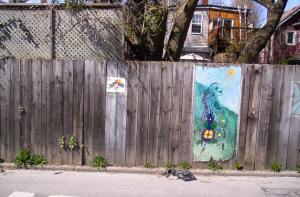 The Psycho of the title comes from the sheets of rain which naturally bring to mind a couple of scenes in Hitchcock’s Psycho. Janet Leigh driving in the rain mashed up with her shower scene unprepared for the rain of stabbing. She’s not singing in the shower.