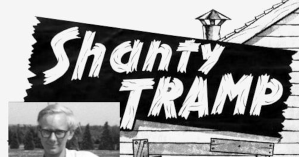 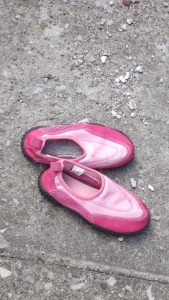 There’s nothing like performing for a full house – in particular a full house for a poetry reading – in an art gallery not a bar – on a bright Sunday afternoon. Who knew people still enjoyed poetry without libations 🙂 This was The Secret Handshake Gallery, Poetry Reading Series with bill bissett sitting at the top of stairs warmly greeting the poetry fans. 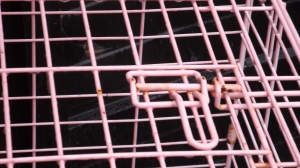 I was on the bill with three other poets – none of whom I was familiar with so I didn’t know what to expect & they each gave us the unexpected. First up was Carol Malyon who opened her set with a charming children story about grandmothers. She also read some unexpected east end Toronto poems. One named checked street car stop  how we often ‘think short turns are metaphors for our lives.’ ‘compound words in cupboards – pork & beans’ ‘each day she feels herself slide a littler closer’ ‘at dawn they move apart.’ 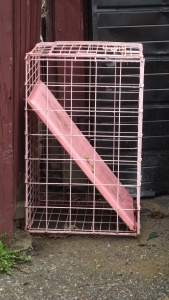 She was followed by Naomi Faufer who did a set of angel/cosmic imagistic poems. ‘air hold the invisible buoyant’ ‘music temper by insistent whispers’ ‘we can dance eon silver spoons’ ‘darkness wore her invisible cloak’. She finished her set with and unexpected interpretive dance to, I think, Kate Bush song. 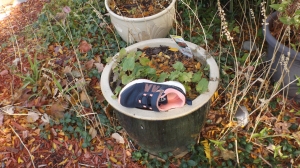 Next up was David McCue with some times funny pieces that rattled the foundations of corporate greed, conformity & indifference. ‘free thought can be contagious’ ‘parched deprivation of the spirit’ ‘an inflated sense of self worth that could fill party balloons’ ‘oppressive toxicity of avarice’ ‘life preserver of convention’ ‘relentless bully of life’ 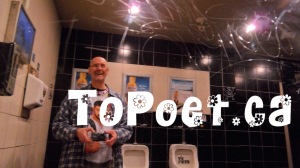 I closed the show with with set that I sensed connected with the audiences in unexpected ways. First I corrected my misnaming on the poster – how hard is it to get people to understand TOpoet.ca is the name I’ve been writing, blogging, publishing & performing as for the last several years – at least I don’t have to worry about pronouns too. My set went well from the first piece, then the Terra Cotta pieces shook people – saying the names of the victims is always a challenge but stumbling over them make the piece resonate even more. The 227 Rules pieces were fun, funny. Ending with Jesus on toast was the right decision. 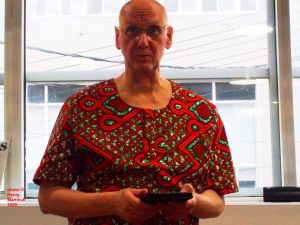 You Never Know Where He’ll Pop Up Next

you saw the face of Christ

in a piece of toast

you don’t own a toaster

why was it only the face

was the slice of bread

to hold His entire body

was the holy toaster

was it the result of

who after they built the pyramids

the face of Christ in toast

a face that seems rather caucasian

for an ancient alien

beside you aren’t the first

to have seen the face of Christ

where it doesn’t belong