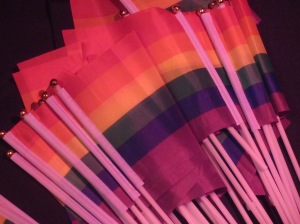 Season six of Hot Damn! has seen attendance grow steadily while the courage & numbers of slammers grow as it continues to offer a safe space for lgbtqia creatives to explore & express themselves, plus laugh, cry, sing & dance in harmony.  The newly shorn Robyn Sidhu hosted the show & left things moving smoothly with some handy Dad jokes & pointed political comments. Her family escaped Punjabi state sanctioned genocide to Canada where she now witnesses Canada’s state sanctioned genocide of its native population.

A fair bit of the work c 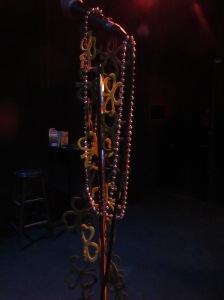 entered around mothers – the guilt of not loving the one who never loved you, the decision not to be one, the struggle for acceptance from the one who loves you. Some addressed the struggle with body image, gender dissonance & even the conflict between biology & hormone replacement. Heartfelt without becoming melodramatic or self-pitying. 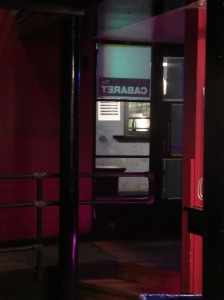 The feature Sincerely Shyy gave us a set brimming with ‘black girl magic.’ ‘she is born of the cosmos’ ‘she is an indictment’ ‘I tried to make a home out of you’. I particularly liked her piece: ‘I’m not here for the revolution – I just want to fuck you’ – it was honest, sexy, fun while being politically resonant. Her set was too short 🙂

If you’ve been reading my Hot Damn! reviews you’ll notice this time there are no quotes from the open-stagers or the slammers. One thing the Queer Slam does in regards to photos is let people op out for privacy. I decided to do the same for the performers (except the feature). The show is in a public space but its contents is only for the public that shows up. ‘the unzipping of the promise’ comes from one of the slammers.

The season finale is Friday, April 3, at Buddies in Bad Times theatre. 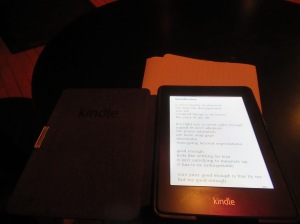 I did hit the open stage & presented ‘Swim’ (https://wp.me/p1RtxU-4cX) & this revised version of ‘Satisfaction’

it went exactly as planned

the only one disappointed

I wanted things to be better

the story of my life

from going beyond expectations

it isn’t satisfying to measure up

it has to be unforgettable

your good enough is fine by me

but that good enough

isn’t worth bothering with

when I am the one not satisfied

Hey! Now you can give me $$$ to defray blog fees &  eat at Capturing Fire this June in Washington DC – sweet, eh? paypal.me/TOpoet