smelled as good as it looked

I wanted to eat it

longed for a taste

had my fork in my hand

the waiter was watching

eager for my reaction

I wanted to be pleased

it wasn’t what I had expected

maybe this is how it was prepared

or maybe I had ordered the wrong thing

or my order had been misunderstood

why make a fuss

why not accept the choice of the universe

rather than be so set

in getting my way

this was an adventure

to break out of my lock step pattern

but it wasn’t what I ordered

what if it was meant for someone else

could I be charged for it

as well as for what I ordered

what would they say

if I sent it back

I had eaten there before

had been served what I ordered

I sipped my water

hoping the waiter would realize

I’d been given the wrong meal

meant for another table

but he was smiling 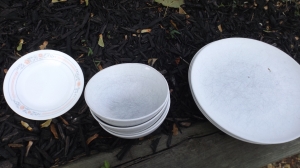 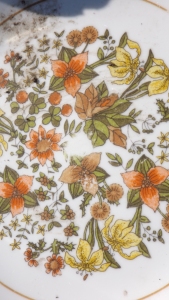 I expect somethings to look pretty much the same when I order them anywhere: hamburgers, bacon & eggs, but other things have proved to be quite different. Cornish game hen can come like a little trussed chicken or like one that looks like it has been flattened by a steam roller. Hand cut fries that are chunky & unpeeled, or thin & almost potato chips. 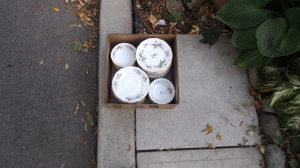 I am not an overly picky eater but I do have some expectations when ordering food. I also know people in the food service industry & have heard enough about their end of things to know it can be a hassle when food get returned – for one thing the food has to be tossed out & sometimes the wait staff has to pay for it. 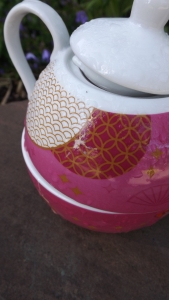 Being one of those polite Canadians I’m not into making a fuss over little things – I have a friend who would send a salad back if the lettuce looked at all wilted, I stopped lunching with him. Too much fuss is not a side dish that adds to my dining pleasure. But am capable of saying – I ask for this without … & let it go at that. It is easy enough to leave an unwanted hamburger bun, or fries on the plate. Particularly when the waiter smiles sweetly. 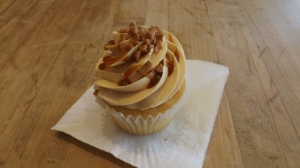 Hey! Now you can give me $$$ to defray blog fees & buy cup cakes – sweet,eh? paypal.me/TOpoet

One thought on “The Chef’s Surprise”