The next afternoon Dan braved transit to visit his sister at the FairVista location. His last couple of Friday sessions had proved to be very profitable for her. This was the one way he knew he could please her. It was odd, to him, that he still enjoyed her approval.

Growing up they are constantly at battle from when he was old enough to resent her need to control simply because she was five years older than him. It was often like having three parents to satisfy. She was always the hardest to please. Today he could understand how frustrating it must have been for her to become his caretaker while his folks ran the business.

If she was in a good mood he would find out what she knew about their Dad’s other photo projects. In particular the saucy pictures he had found. He’d brought a ‘clean’ selection from each of the collections, leaving the more explicit material safe in his office.

The shop was empty when he walked in. Hamid was behind the counter leafing through a coffee table book of wild animal photographs.

“Is it suddenly Friday?” Hamid look at his watch. “It appears it is not.”

“Tuesdays are always slow days. Perhaps we should bring you in on Tuesdays instead of Fridays.”

“She is. But …” he looked at the computer screen. “She is about a hundred meters to the left of us at the moment. That would be Not A Trace.”

“No. Her weekly facial does not involve such drastic measures. She is now fifty meters and approaching.”

“I should try that on my staff. Is it her phone?”

“No. Something from Santi.” He pointed to a rack of bracelets and pendants. “Tracking devices for your children that look like jewelry.”

“Dan! What brings you here today?” Linda asked. “Don’t tell me you just in the neighbourhood. Or are you here for the Hugo Boss tuxedo sale. Time to tie the knot with your dandy chef?”

“Nope.Let’s go up.” He nodded towards her office.

“More bitching about Cuppa’s?” she asked as they went to her office. “I really didn’t think they’d open so fast.”

“Nah. The Carafe never attracted the homeless in that area anyway. Cuppa’s are welcome to them.” He sat in front of her desk. “Do you remember if Dad had any work outside his routine stuff?”

“It would be in his records. You know how meticulous he kept those. Milage, meals, even what the weather was like.”

“I know but … I found these stashed away in the archives.” He gave her a folder with the pictures he had selected.

She quickly flipped through them. “Daddy didn’t take these. Why would you think he did?” She closed the file and pushed it away from her.

“They could be anywhere.”

“It’s the New Waterford studio. I recognize the chair, the backdrop. The technique.”

“There is no technique in these.”

“I know the camera, Linda. The paper is Dad’s paper.”

“So he developed these. Some people took pictures no reputable company would develop.”

“Then why keep them?”

“He’s a man. For God’s sake! Oh right! I guess you wouldn’t know what a straight man would like. Just because he had these doesn’t mean he took these.”

“Look,” she dropped her voice. “Even if he took these. What difference does it make? Can’t you leave the past alone. All that stuff about why did we move. You seem determined to dig up some sordid secret. There isn’t one.”

“What! Where did that come from. Or right you used to play detective. So this your deductive reasoning at work?”

“Diverting attention from the question to the questioner is always a sign of something being held back.”

“All that’s being held back is me laughing. Trust me.” She snapped her fingers. “Maybe it was the Camera Club.”

“Yes, for a couple of years Daddy tried to run a camera club for locals who didn’t have equipment. They could practice on his. He’d show things about light and angles. He thought it would a great way to sell them stuff.”

Dan was familiar with Camera Clubs. In England they had been cover for men who wanted to take pictures of women, sometimes of men. The pictures were an excuse to get the model undressed and often lead to sexual encounters.

“He was selling them lingerie?” He tried to joke.

“He gave up it because it was too much trouble and not enough profit.”

“There’s nothing his records about a camera club. You make sound sort of routine.”

“It was called … The Kodak Fun Club, something like that.”

“Oh! That’s what KFC stood for? I thought it was Kentucky Fried Chicken. He was crazy for that when he could find it.”

She glanced at the photos again. “These all there were?”

“No. Both sets got more explicit as they progressed. Didn’t think you’d need to see them to jog your memory.”

“Thanks, I guess. I wonder who she is though. The face is sort of familiar.”

“Dan I’m not that naive. I know who she looks like. I’m surprised you do though.”

“Linda, I know more than queer. But I suppose whoever she is, she didn’t pose for free.” He put the pictures back in his messenger bag. “I better get going.”

“I can get Hamid to run you home.” She said as they walked down the stairs. “Don’t want to keep Sanjay waiting for you.”

“That’s okay. Transit isn’t too bad.” He stopped by the GPS jewelry. “These selling well?”
“Pretty well. They just came in last week and about a quarter of them have gone.”

“They make them for guys?”

“Why? You want to keep an eye on Sanjay?”

“Not exactly.” Each time she said Sanjay it was as if she was baiting him, mocking him. “See you next Friday.”

As he walked the bus stop his cell phone rang.

“Daniel,” It was Sanjay, “I’ll be going up to Sylvan’s Uncaged in Bobcaygeon. The new resort restaurant is opening at the end of the week and he want me to oversee the final stages.”

“Yes. I’m at the house now packing some things tot make with me. Sorry it such short notice.”

“Dan, you know I’m not like that. You think I’d let you come back to an empty house and find me gone without notice? Melodrama isn’t my department.”

“You saying it was mine.” His face was getting warm.

“All I’m saying is that I should be back next Monday. Maybe the break will do us both sone good.”

“Thanks for letting me know. Bye.” He put his cell back in his pocket.

The bus was right there when he got to the stop. Rush hour transit home was tolerable thanks to his iPod. He was back at the Depot in time to help Sandy finish locking up. Once she left went in the back way and directly up to the third floor workshop. The archive bins he’d looked through were still on the back workbench ready to be put back in storage. He took out his Dad’s appointment and travel record diaries and began to go through them again.

KFC appeared eight times in 1983, monthly except for June July August and December only five times in 1984. He went into the storage room and got the bins for 1982 but there was no mention of KFC in any of those. So Linda had remembered correctly.

He was reading the notes in the appointment book for the month before they went to Stellarton. Wedding wedding graduation wedding. He came a cross a weekend wedding in St. Peter’s. The place name rang a bell for him. Had he gone with his Dad to help at that one as he sometimes did?

According to the travel memos his Dad had stayed the night there as he sometimes did if there was too much driving in one day. He’d spent the night at the Delany Motor Inn. No, he hadn’t gone on that trip or he’d have remember that name.

Why was St. Peter’s so familiar to him? He went down to his office and looked at the notes he had made on the missing children. One of them, Dorothy O’Connor, has lived there.

He took the notes with him and checked the dates. His Dad was there a couple of days before the child had disappeared. Considering how much his Dad travelled around the province that wasn’t such a coincidence.

But we were in Stellarton when Timmy disappeared. That’s my Dad being where two different children disappeared. Dan cross-referenced the dates and locations of the other children with his Dad’s records.

Those where the only two that coincided. On the other dates of disappearances there were no photo bookings or other notes.

He googled a map of the Maritimes and flagged where his Dad was at and where the disappearances had had happened. His Dad was in driving distance of every one at the time they occurred. But so were countless other people.

He left his desk and paced the room. The abductions were two to three weeks apart. All were early the week. What did that tell him? As far as he could tell they were random. Where did the others that Warszawa told him about fit into this? Where did they fit into the geography and timeline?

He did say they were reservation children. Dan did a search for  native reservations in the Maritimes in the 1980’s. The records he found didn’t provide that specific information.

The children who had been abducted were in either Nova Scotia or New Brunswick so he could eliminate any reserve in PEI or Newfoundland. This left a list too long for him to figure out. But he did notice one near St. Peter’s where the wedding took place.

St. Peter’s wasn’t that far from them in New Waterford either. Why had he stayed the night? He checked the time of the booking, then noticed the weather notation. “HR 4 pm.” Heavy rain. His Dad hated to drive at night in the rain. 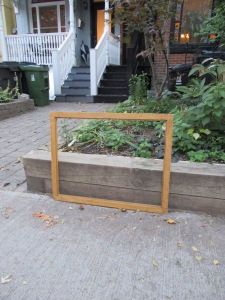