I picked up jazz pianist Andrew Hill’s One For One decades ago at Cheapies. It’s a compilation double album of previously unissued studio tracks recorded in 1965, 1969 and 1970. Adventurous post-bop jazz in various group settings & all excellent. It’s my own lp to cd transfer. In an mp3 collection I have his Hommage (1975) solo piano works that is good solid jazz. This is not supper club music 🙂

Next is a stand alone cd of Dave Holland Big Band: What Goes Around. I love ‘modern’ big band. This propulsive, meditative, inventive & highly enjoyable. Holland is a double-bass players & appears in dozens of ensembles on ECM. A great started for anyone testing the jazz waters.

impulsive! is a 2cd stand-alone set of remixes of impulse original recordings by the likes of Mingus & Pharoah Sanders. Remixes were a thing for a time. Classical music given drum & bass, or breakbeat in the mix. Impulse, a major jazz label, let remixers into their back catalogue with good results. Though adding a hip-hop track to update a piece isn’t always the way to go. Some turn out great such as the re-working of Sanders: Astral Travelling. CD1 are the remixes, CD2 are the unadulterated originals. Good stuff.

Jazziz was a monthly magazine that included a sampler CD. It was difficult to subscribe to though – I had to pay a month at a time, in advance & sometimes the issue didn’t arrive 😦 Under J is the January 1995 sampler – that did lead to me purchasing cds by Jai Uttal & Bobby Previte. It was too frustrating getting issues so I gave up. It is still publishing on line.

Later that afternoon after taking too many pictures of the decayed bandstand in the park I figured it was time to head home. Once again the dilemma was which streets paved with banal memories did I want to take.

One end of the park tapered off into the downtown area, where I’d already been and another corner faced a row of the larger, wealthier homes of the town. Most of which were now lawyers and accountants offices.

One of them was still a funeral home. The one my mother had mentioned this morning where there was to be a viewing for Mr Razov. I decided to go in. This would be something that held no memory. I’d never been in this place till now. A new experience in the old home town.

The front foyer was dark in brushed browns and gold. a young lady stepped from a corner.

“Welcome to Cherished Funeral Home. Who are you looking for?” She asked in a concerned, hushed voice.

“Ah, yes. This way. He’s resting in the small chapel at the back. follow me. There hasn’t been many in but that’s often the case. Here we are.”

The coffin was at the far side of the room a spray of flowers at either end of it. It was opened but I wasn’t prepared to look at him.

On a shelf along the wall where photos of Mr. Razor. Several of him, labelled as being in Novonikolayevsk. One with his family – a wife with two small children. A newspaper clipping of him in the Toronto airport where he defected. A couple with the chess club – him standing over two pairs of us we studied the pieces on the chess boards in front of us. Even without seeing his face I recognized Howard Delaney from the back of his head. How long had it been since I seen Howard.

“Good afternoon.” A deep voice from behind me asked. “You knew my father?” 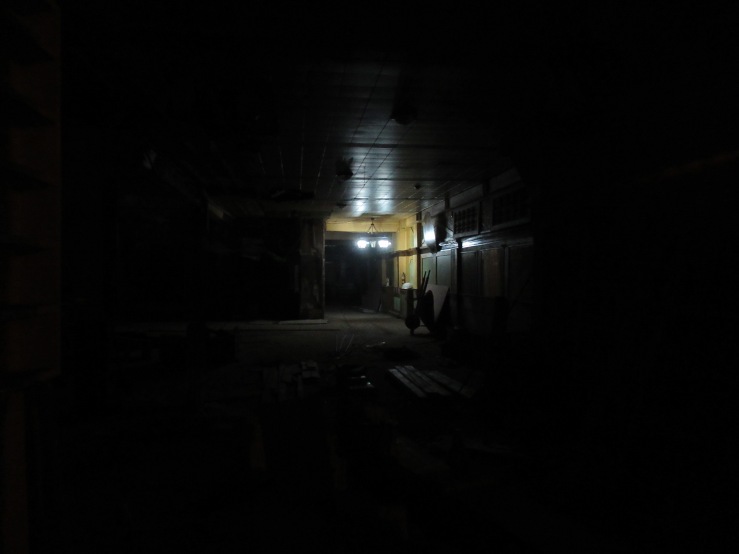