it was a black satin half-slip

with a hem of red lace

I found in my mother’s dresser

it was cool on my skin

in front of the mirror

to see it flow

around my eight-year-old throat

so it was my black cape

dripping with the blood

I’d dragged it through

but it wasn’t long enough

meant for my mother’s narrow hips

when I tried to sweep it up

to cover my face

it would never be Dracula’s cape

besides my eye brows were wrong

even after I tired to create

it had dozens of shapes to trace

none were arched enough

so I did what I could

by turning one upside down

the mouth full of tomato catchup

for it drip over my teeth

or out of the corners of my mouth

the red was wrong

beet juice was the right colour

but way too thin

the two didn’t mix well either

but those eyebrows were spectacular

they scared even me

when I held a flashlight under my chin

all I needed was the right cape 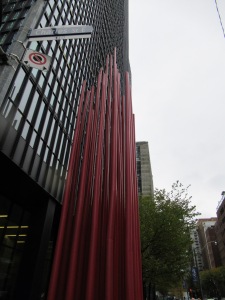 This piece is based on a real memory of me playing with this half-slip. I might have a bit older as well as this memory is in our Royal Ave house which we didn’t move into until I was about that age. Was the slip satin? I don’t know but it was smooth & cool. My mother had, thanks to me Dad, various pieces of sexy lingerie. Did she like it as much as he cleary did?

I was old enough to be left on my own though. I would try on her high-heels but never felt the need to wear her clothes other than playing with those half-slips & sometimes a crinoline. I loved the flare of that stiff fabric as I spun around to watch it spin around.

I had seen Bela Lugosi on TV by then & knew in a very general what it was about – capes, looking over one that covered the face & of course drinking blood. I was frightened mainly by that face, the arch of his eyebrows not by what he was doing. All I remembered of the plot was people bending to his will & then him turning into a bat. It wasn’t until I saw the film as an ‘adult’ that it made sense to me.

The things done for the color of blood weren’t that elaborate & were tried as a Halloween effect not as a part of this actual moment. 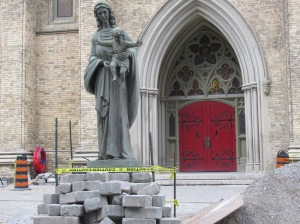 Looking back now I’m not sure if I really to be a vampire as much as I wanted his mind control power.  Who cares about consent as I bend you to my will. I didn’t want victims either, my fear of getting caught playing with the slip was enough fear for me. I doubt if I was that interested in victims as I was in no longer being one. Besides (spoiler alert) Dracula dies in the end.