I have seen a few big productions on the big stage in Toronto but very few. The last ‘real’ musical I saw was Cats decades ago. So when I was given tickets to see The King & I was more than happy to accept them, mainly because this a piece that plays a strong role in my childhood – it was one of my mother’s favourites. She had the movie soundtrack & we would sing along to some tracks – Shall We Dance. Her other fave soundtrack was The Student Prince – Drink Drink Drink.

I loved that lp cover with Deborah Kerr in the amazing gold dress – I always wondered how did she get that – and beside her was Yul Brenner as the King – majestic, macho & Asian. I’ve seen the movie a few times & suspect that my attraction to Asian men started here. The cd soundtrack now includes the The Small House of Uncle Tom ballet sequence which I remembered from the film. 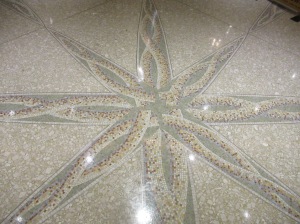 So you have a context of what I brought with me when I saw the stage production at the Princess of Wales. I was not ready for the power all of these songs had over me. Richard Rodgers music is emotionally compelling & romantic in My Lord & Master, I Have Dreamed. I could name check every song mind you. A Puzzlement with its shifting rhythms is more musically complex that I realized. The lyrics for most of the songs are unabashedly romantic.

The performances were solid. The singing itself was good as well. Jose Llana as the King was handsome but a bit young, to me, & Elena Saddow as Anna seemed more of mother figure than a possible next wife. Their scenes together was more fun than simmering.

The text was more political than I recalled. Her feminism was strong without being strident. The role of the arrogant colonizers in Southeast Asia was not overlooked either. The King was considered a barbarian mainly because he was resistant to European’s seeking to exploit his country. The European notion that ‘civilized’ meant conforming to their standards of dress & religion was used to belittle & suppress, not to advance & improve. 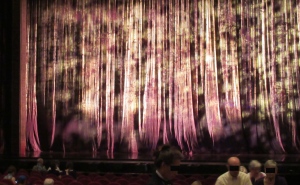 The production had a great diverse cast. Were all the Asian performers actually Thais? I can’t say – cast photos were on display not their family trees 🙂 As I said earlier performances were solid but the over-all production lacked energy. Only Joan Almedilla as Lady Thiang seemed to fully invested in her character, though Jose Llana had some fine moments of puzzlement. Finally the Small House of Uncle Tom was given an excellent interpretation.

Made a last minute decision to see something on stage – the first show, on a day & time suitable, was Sweet Charity at the Shaw, Niagara-on-the-Lake. We didn’t see any shows in their last season – nothing appealed. I’ve never been a fan of Shaw – too much social conscience for me, I suppose. 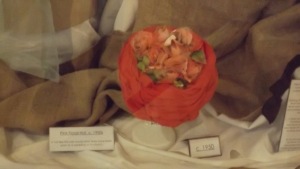 I’ve seen the film, Sweet Charity, a few times & also more than one drag and/or burlesque take on Hey Big Spender. I quite like the film, fast forward, as the plot & characterizations are merely there to pin the numbers on. By the mid-60’s The Broadway musical found itself unable to be ‘relevant’ in the wash of pop music: Bob Dylan, Beatles. Then along came ‘Hair.’ Sweet Charity paves the way for shows like ‘Hair’ & ‘Godspell’

The staging is excellent with the serviceable main piece that serves as bridge, subway car, dance hall swing; the costumes are spot-on; the music is serviceable, some fun moments & the orchestra is excellent. Support players are good, never pulling focus, dancing & singing capably. 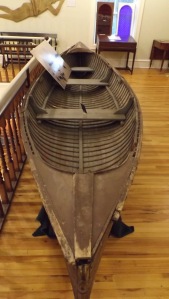 The lead: Julie Martell is fine with a Barbra Streisand sensibility. She belts without over-signing, which I like, but never gets a song that pulls me into her character – not that she doesn’t get some great songs mind you. A better singer than a dancer, which might be the point with Charity stuck as a dance-hall hostess. Kyle Blair as her prince-charming was good, but needed a little more Woody Allen in his performance.

Melanie Phillipson & Kimberley Rampersad as Charity’s co-hostesses were great fun to watch & I found myself wishing for more of them & their Neil Simon patter. “There ain’t no use flappin’ your wings, ’cause we are stuck in the flypaper of life!” Their duet ‘Baby, Dream Your Dream’ was a show highlight for me.

Choreographer Parker Esse had the biggest challenge in the face of the iconic Fosse moves in the film & original Broadway production. He wisely resisted duplicating, or even paying direct homage to Fosse. There were some fun glints of imagination in the Rich Man’s Frug sequence but on the whole the dance work lacked spark. Energetic enough but none of it made me think ‘wow’ – I’m someone who can be moved to tears by good dancing. Even though I wasn’t captivated by the dancing I would highly recommend the show.

both were at the table

both were on the table

looking for a loop hole

to bring the house tumbling down

a way to keep

the bridge sturdy and going

to keep one out of each other’s clubs

to keep each row of roses

the shrill craw of peacocks

as they drag their lumpy tails

across the the dewy lawns

the screech of cooks

and off with those heads

or head them off

before they make it to the pass

before they make a pass

before the deal is made

before the dealer’s golden arm

is ready for another poke

go up the hole

all those tidy possibilities

taking up more space that needed

off the the queen

lobbing the pieces of my heart

go on take it

to the jack of all trades

who didn’t even have to bluff

he knew and he took

shaking that ace up the sleeve

out and on to the table

between the king and queen

between the devil and the deep blue sea

between you and me

nothing much else matters

expect the games we play

the ins and outs

the red on black

the odd and even

and the odds are

one of us will get even

one of us will make the play

one of us will find his way

to the fridge to make a snack

for the other will find his favorite show on tv

is now on at the same time

as the other’s favorite show

and then where will we be

wondering if the other one

has one last chance

to fill in the straight story

to come home to a full house

to give the queen a break

see the future laid out neatly

a stack of letters

and in one of them will be news

and once a dead mouse

but I’ve been told

I screamed and screamed

when I put my hand on

couldn’t be calmed down

till someone sat at my bed side

and read the gospel of the card

these are the apostles

this is the journey of the magi

this the second time

here is the future

playing with a full deck

playing with a full stomach

and I fell asleep

and woke up back in reality

on this side of the looking glass

in front of you

I know things will be alright

once we cut out the crap

and pick a card