but it’s all too fem

why is fem a bad thing

there was a time when

nothing was too fem for a man to wear

all those portraits of men

in wild oceans of lace

hanging around their homes

what did they wear

when they weren’t posing

do I want a dress

do I need something practical

shirts & ties to the beach

on picnics with the family

working on the roof

the last time I wore

I’ve never worn a dress or a skirt

I don’t want to make a statement

but that is impossible

if I showed up

it would be a costume

would I have to dress that way

for it to be as ordinary

would a dress on me

ever be as ordinary

is ordinary a bad thing

while I slip into something

does it look good on me

do I look sane in it

does it turn you on

do I look educated in this

does it suit the occasion

will it get me laid

can it open doors for me

will it need to be ironed

can I wear it in public

will it turn heads

does it make me look old

it comes in other colours

can it be replaced

can it replace me

does it make up for my lack of style

do I have the guts to wear it

does it wear me

will it last longer than a glance

is it why you want me

am I anything without it 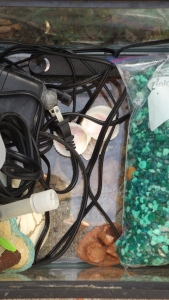 Keeping on top of my Nano project has called for sacrifice but one of things I wasn’t willing to cut was The Beautiful and The Damned on Thursday night.

David Bateman hosted the show. As always he brought humor, opinions and a wealth of information – this time about our dead celeb of the month Andy Warhol. Great trivia questions but sadly none of which were answered correctly by me shouting out JoeDallesandro for every one.

First feature, Lara Bozabalian, is a writer I always enjoy immensely. Her set consisted of pieces from her up coming book Tourist. As the title implies we travelled from elephant riots in India to hunting wildlife in British Columbia, to Michigan teens to Beethoven out for a walk. Vivid nature imagery was balanced by strong emotional moments “a telephone wire of nervousness ran between us’ and sensuousness: “at the piano my shoulder learned by rote the smell of your skin.” Speaking of skin her first book of verse ‘The Cartographer’s Skin’ has now sold out two print runs.

Unfortunately I had to scoot before hearing this month’s music feature – the damned NaNo had me on the run. I had a session with first year med students at Women’s College Friday morning which meant early rising to be there and no time for writing in the morning.

As much as I love being a part of making future doctors and getting paid for the opportunity I really wanted to be stacking up those words. Sure I could write in transit but it’s hard enough to read standing up on the TTC let along flip open a keyboard and type 🙂

I made up for lost time at the writing session at the Red Rocket Friday afternoon – piling up over 2200 words.

Even though the chill of spring was over Lillian shivered under the heavy woolen cover. It wasn’t even a blanket as far as she was concerned. It kept the heat in but she felt cold. The sheets between her and the wool wasn’t thick enough to keep the coarse fiber from chafing her feet.  The cover was like everything in her uncle’s house. Coarse. Homemade. She tried to picture the paritoner who had made this and brought it as gift to her uncle. It was meant to be a rug. Under it she tugged her mother’s shawl tighter around her shoulder. It smelled of comfort, of the life she had left behind to come here to this clumsy backwater coal mining town.

Lillian pushed the stiff cover off her and swung her feet to the floor. They recoiled from the cold. She should have left the rug where it was but pulling it over her in the night was the only way she could think of to keep warm. Her uncle had offered one of the quilts but she had refused. The tattered rag patterned comforters looked even more home made than the rug.

Lillian put on her slippers and wrapped her dressing gown around her. The dark blue silk was embroider with small pink flowers along the hem with larger ones on the pockets and lapels. It was one of the few things her uncle had let her keep when she arrived. He felt her Boston clothes were too good, too indulgent for someone living his house. He didn’t want anything to be a distraction for his parishioners.

“Such gaudy goods are a sign of a lack of faith. The Lord wants us plain when we stand before him not gussied up like a peacock.” He had said as he went through her trunk shoving all her pretty clothes into a burlap sack. “They’ll be in the attic till you are fit to leave us. Your father thinks he’s made a man of himself but he never knew the meaning of decorum.”

Her tears only made him impatient with her. Now here she was dressing in rough, colorless, shapeless pinafores, coarse linen shifts that gave her no shape. She wondered if he was more concerned with her being a temptation to him than a lure of satan to his parishioners.

Her room didn’t even have a mirror. She hadn’t seen her face clearly since she arrived three months ago. There were no mirrors in the priest’s house and certainly none in the small church.

She splashed cold water on her face. Her hands were red and chafed from the housework she was now responsible for. Learning here what her uncle said her father and mother had failed to teach her. How to be a woman who could serve others, not a wonton who only served her own pleasures.

She sat at her dressing table to brush her hair staring at the space on the wall where a mirror had once been. She knew that by the discolored, and water-mottled rose wallpaper around a clean rectangle of red roses. 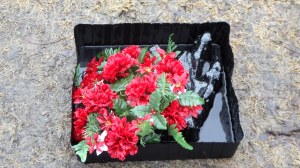