A hot sweltering night didn’t keep Noir fans from packing the house. I kept hoping the ice-cream truck would show up during the breaks in the show. There must be an app for that 🙂

First up was Trasharella who give an reading of Philip Cairns’ ‘Why I’m Not A Star’ to be featured at Gay Play Day this fall. An affectionate reflection on Philip’s acting experiences starting with being told, at age 11, he was too effeminate by a casting director, to getting cast as a gay duck in last years Fringe ‘quack quack, darlings.’ Comic, ironic, sometime bitter, biting & always honest he left us wanting more.

Music feature Marcus Walker was up next. Accompanied by Nelson Sobral & a fine sax player (whose name I didn’t get) he did a set of songs whose sensual rhythms rode the pulse of a hot summer night. The soaring sax slithered sweetly over the Marcus’s well-crafted songs of romance and taxi rides. This what adult contemporary should be.

Final feature was Greg “Ritallin” Frankson – whom I have heard a few times. He opened with ‘My Home Is Here’ his response to being asked, frequently, ‘where are you from?’ As if being black means you are from somewhere else even when one’s family is tenth generation Canadian.

In my coal mine research I found traces of a ‘lost’ history of the black community in Cape Breton – men brought up from the Caribbean in the mid-1800’s to work in the mines, families that have never moved, yet who, I’m sure, still get asked ‘where are you from?’

I ducked out in time to catch the 10 p.m. street car to Bathurst so didn’t stick it out to the hot & sticky end for a great night.

My great night at Plasticine Poetry started with Pauper’s excellent beef stew. The open stage list filled before Cathy Petch got her coat unzipped. Those that didn’t brave the eager swarm and didn’t get on the list were more than miffed that they didn’t hear the ‘bitch’ announce ‘time to sign up.’ I made sure I was on the list, in the first set of open stagers & read four short April poems.

The show was mostly of poets I have heard more than once before & all of whom I was eager to hear again. First feature was Greg “Ritallin” Frankson. He performed at the Damned in March and it was good to hear some of those pieces again. I admire his steadfast social commentary. He is invested in poetry that can change – in some countries he’d be jailed, here his punishment is the struggle to make a living as a writer. ‘Untouchable’ his poetic declaration of independence addresses being black & defying the demand that he only write about the black experience & being accused of being a ‘traitor’ when he opts not to do so – something, as gay poet, I understand – if I don’t address my ‘issues’ my authenticity is questioned, when I do, I am accused of always writing about queer – you can’t win.

Dominique Russell – the second feature, was the one poet whom I’ve never heard. She read a series of sonnets that played with repeated motifs of snow, cold, nails, half-moons – in sharp domestic images ‘days crumpling like piles of laundry,’ ‘the freshly laundered day in a cage of snow.’ Clear snapshot moments that became a mural as opposed to a single linear story.

After the break Mike Lipsius – always dapper in a smart fedora – gave us a solid set of new work. Some with his wry images – Mississauga: ‘if you were welcome here there’d be a sidewalk’; lost off road in the county where, ‘it’s possible I’ll never see pavement again.’ His last pieces were more emotionally  intimate & I sometimes wonder if people who start relationships with poets are only interested what the poet will write when they break up.

Final feature Beatriz Hausner read from her amazing new collection ‘Enter The Raccoon.’ I heard several of these when they were in manuscript and was happy to finally have them in book form. Beatriz is a fabulist – she moves between factual into myth without losing the emotional reality of human relationships, even when one of the partners is a human sized raccoon. In one brief section she talks about bondage gear: ‘the banality of all that leather and metal’ then slipping on an outfit that will turn her into a praying mantis. Buy this book.

May 9 – Thursday – attending – The Beautiful and The Damned

another little breather from City of Valleys – another short piece – this is in very rough shape but sharing a rough draft doesn’t count as publication when I choose to submit.

I followed the relator through the condo, half-listening as he listed the various selling point, all of which I already knew. The lay out was the same as the showroom suite. Without the soulless, stylish furniture it felt bigger, cleaner. It had been that artsy, we’re-not-generic-furniture furniture in the display suite that nearly put me off. If this was the type of person they were selling to then I was certainly not that type of person.

But he spotted me in the showroom suite looking. He must have mistook my look of chagrin for interest when he approached me. To be honest I was more interested in him than the condo. I was in the market though and saw not reason not to enjoy his verbal skills for an hour or so.

“As much as possible we have used, or rather, reused building materials from the structures that were torn down to make room for this structure.”
“Reused?”

“Yes, the builder were very deliberate in the demolition of the former apartment blocks and houses that were here. They more dismantled than demolished. Even the concert has been pulverized and reconstituted to make the kitchen counter tops, tiles in the bathroom. The hardwood flooring was as much as possible reused.’

“What was here originally?”

I was happy to get him off his pre-programmed info dump about the condo. I knew that re-cycled didn’t mean cheaper.

“I do. This is the third rebuilding of this area. Before what was torn down this time they had to raze some of the original settlement of the city. A couple of churches, hospitals, even a cemetery.”

“I just hope they haven’t been reusing what was reused, as it were.”

We were just entering the kitchen when a loud slamming startling both of us.

He dashed back to the living room and I followed. The coffee table, in the middle of what was an empty room, was split down the middle by a jagged crack. One the legs was twisted out from under it as well. It looked like one of the ones in the demo suite.

“Is there anyone there.” He called out. “I’m callings security.” He took out his cellphone and punched in the number. “Jake there’s something going on in the finished suite on the third floor. Get some one up … ”

He was drowned up by a slamming of doors from the kitchen.

The temperature in the living went up. Quickly. Ken was sweating. The air began to smell of earth, of wet leaves.

The relator pushed Ken toward the door “Come on let’s get out of here.” He shouted over the sound of the slamming doors.

The apartment door wouldn’t open. The handle abruptly came off in the relator’s hand. He fell off balance tumbling into Ken. They both lost their footing and were on the floor. Ken on the bottom. The floor seemed to ripple underneath him.

Their heads rubbing together.

“What the fuck.” The relator said.

It felt as if something was holding them together.

Ken strained harder to push the relator off of him but couldn’t.

“Try pushing off me.”

The relator put his arms on either side of Ken as if doing push up and strained. He torso barely moved.

“I can’t.” He stopped. “It’s like an air current is pushing down. Holding me on you. Try of squirm out from under me while I hold myself up.” He braced himself and pushed up from the floor as best could.

Ken tried to shimmy. The floor slid under him slightly but he couldn’t move in either direction. “I can’t get any traction.”

He reached arms out as far as he could on either side and tried to spread his legs at the same time. The relator pushed up at the same time but there was no breaking lose of the force that was holding them.

“I’m not too heavy?” The realtor asked.

“No! I can feel you on me but you’re not pressing on me. It’s as if you have no weight.”

‘Can you move at all.” The realtor asked.

Ken wriggled his shoulders, hips like snake. The carpeted under him seemed frictionless.

“No. All I can feel is me rubbing against you.”

“Maybe if both moved in the same direction at the same time.’ he suggested.

“Toward the door if we can.”

Using my fingers like claws I tried to drag myself, inch myself along the floor, while trying to get a grip on the carpet with my heels to do the same thing. The realtor on top of me was attempting to push with his hands.

We made no headway.

“Fuck. I can bench press my body weight.” he was exasperated. “But I can’t budge us.”

The door to the suite opened.

“This is one of the fished suites.” A female voice said. “We’ve kept this one unfurnished so you can image what you can do with it.”

“That Linda.” he said. “Over here Linda. Over here.” He was shouting in my ear.

“I loved that couch in the showroom suite downstairs.” Another female voice said.

“Yes,” chuckled Linda. “We wish we were getting a commission for selling those couches.”

“Over here.” the two of us shouted.

“First we’ll look at the kitchen.” their footsteps went down the hall away from us.

Then the banging of the kitchen cupboards began.

First feature Gerald Hannon read sections of his memoir. I particularly related to his late 50‘s small-town life where and the slur ‘fruit’ but he didn’t really know what it meant. He escaped from that life into a city of 1000’s where he hoped to find one other male who felt like he did. I loved his story of college mates who piss-bombed queers in cars only to meet one of them years later as a hungry client when he (Gerald) was a sex-trade worker. I’m also happy to have him recording this gay history too much of which gets lost.

Second feature was Greg “Ritallin” Frankson – he dipped into his own slam history to present the first piece he slammed with and wrapped the set with a recent piece. His sense of social commentary and political activism is clear from the beginning but the focus has become sharper. Sardonic without being jaded or bitter his set was resonant and compelling – ‘the poor aren’t lazy, they’re exhausted – they’re exhausted because they are starving’ ‘minimum wage doesn’t cover minimum needs’

The final feature was Andraya Smith – fine dances whose Martha Graham training shines through even when coping with an injury. She performed seated on a stationary, red, office chair – even though she never left the chair she flew around the room with an evocative improvised performance. Yet another departure for a reading series – keeping BuDa close to is Cabaret longings. 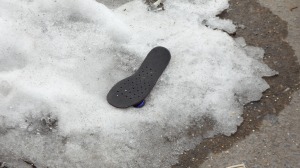 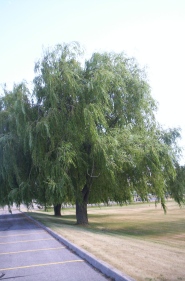