you think the guilt

that I somehow enjoyed

being castigated by the press

by pundits on TV

people who have never met me

but who felt no compunction

in demonizing my actions

which by the way

have never been conclusively been proven

but once that accusation has been uttered

a loss that was a benefit

oh yes that was the main benefit

I have experienced as a result

my face on every news channel

by name on so many lips

in every gutter in the world

I’m not here to be popular

only to be rich

thanks to your condemnation

rich beyond your wildest accusations

and I will continue to gain

to defame my name

even though I don’t enjoy the guilt

I sure do enjoy the interest it earns

The moral compass of our media culture skews to entertainment – not to justice, or equality. This piece reflects how media & the sacrament of celebrity absolves men (usually caucasians) of responsibility, accountability & repercussions for their actions. In fact it rewards them with attention. As Oscar Wilde said – ‘there’s no such thing as bad publicity.’

A current celebrity convicted of rape gets more press than his victims. He is a martyr & they are crybaby bitches who should have been grateful for any attentions he may have blessed them with. I’m sure once he’s done his time he’ll end up with a sitcom (set in a prison) or perhaps a talk show.

Somehow seeking redress for harm turns victims into villains for wanting more than mere acknowledgement of harm done. The apology is now deemed sufficient. To want more is unfair, greedy & cruel. Reparations become court battles in which only the lawyers seem to profit.

I enjoy the way this piece moves from ‘you think’ – wherein the pov is showing a tinge of remorse – & ends up with them enjoying the media sacrament of notoriety. Almost saying that any negativity on our part is envy of their ‘fame.’ 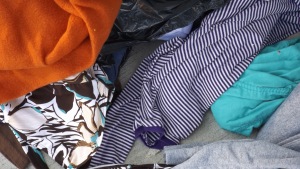 you’ll never amount to anything

you have so much potential

you better buckle down

you can do better

you can’t be that stupid

that was my past

I try not to live there too long

most days I don’t

from when I fell

that memory will always be there

the fall was more embarrassing

while the grit was washed out

the sting of antiseptic

of how could you be so careless

why don’t you watch where you’re going

teachers that told me

I’d never amount to anything

if I didn’t buckle down

that never did tell me

why amounting to anything

when I felt as a queer boy

I was already worthless anyway

they didn’t know how queer I was

I was just different

and that had to be coaxed out of me

that damage was done

when I find myself thinking

not worth the air I breathe

I should just get out of the way

who are moving forward

I never did live up to my full potential

I never figured out what that was

other than to survive that era

were considered the natural effective

if one was caught

with their pants down

I’ll never amount to much

and if it isn’t good enough

you have the potential to

Some days I have look at what I’ve accomplished to realize that I’ve accomplished something. If I’m not doing my nanowrimo speed, of 1500 to 2000 words a day, I feel lazy – not living up to my potential. I’m the only one who is measuring that potential. The lazy comes from those high-school/cultural messages of what success really is. 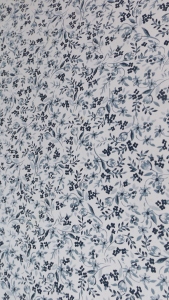 Getting an A, for remembering data, is good, getting a C+, because the data doesn’t get through the thicket of fear, is lazy. I tried my best to memorize all those trig functions, even had them written on sheets of paper hung on my bedroom walls, forced myself to read them repeatedly. I can still see those sheets of paper but not what was written on them 🙂 I squeaked through, I think. The bigger the mark rewarded the more of one’s potential one is living up to. 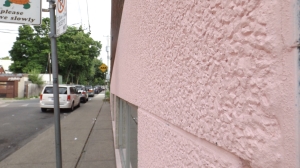 Fulfilled potential meant cash rewarding future. Opting out meant poverty or that one was a commie. I remember the back-to-the-land hippy days of anti-consumerism: tie-dyed couples selling over-priced candles, made of all natural goat’s fat, at a farmer’s markets is totally anti-consumerism 🙂 But that’s another story. 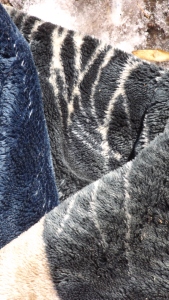 I still get caught up in this messaging to buckle down so that I can amount to something. If had I really buckled down I’d have that GG award by now, right? So that something is apparently only defined by someone else. When I define it I am being self-indulgent, lazy & ultimately in the way. One of the reasons I stopped going to poetry shows, doing open stages, is that so many were performing to knock on doors, to get grants, to promote creative writing workshops. I was there to share poetry for the love of it. I was taking up stage time that others needed. They had career potential to fulfill.

If this post helps you buckle down, or question why you have to, you can thank me by cosine-ing my potential by hitting the like button below 🙂 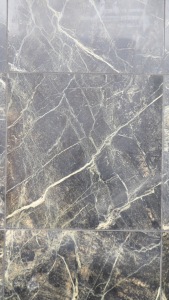 in an empty cafe

a spot with no view

each turned to different sport

at the table behind me

the back of her chair

bumped mine as she sat

with all the other empty tables

as if to say

it was my fault

she had to squeeze in

I pulled my chair

a little closer to the table

that I don’t need to hear

I take my salad

move to another table

she said into her phone

for all to hear

this is a true incident

would I have felt as I did

if it was a good looking guy

should I not recount it at all

would I have felt as I did

if she had said

‘Can I have a more private table.’

if she had not talked so loudly on her cell

am I a control freak

for not wanting to be distracted

for wanting to eat in peace

I was in a public space

I have no rights

can I recount this

to look would be to engage

all I wanted to engage with