you aren’t the boss of me

doing what pleases me

sure others can’t get away with it

but some of us

don’t have to be bothered

with what is required

so stop pointing out

what you consider to be the right way

this way is my way

so get out of my way

let those who have to obey

let those of us who are above

that sort of thing

do what ever we deem fit

and you can deal

with the mess we leave behind

at least we’re leaving you something

Hey! Now you can give me $$$ to defray blog fees & buy coffee at Capturing Fire 2020- sweet,eh? paypal.me/TOpoet

what have I got to lose

this is a move in a direction

doesn’t matter as much as

this is a move in a direction

I have more to lose

all I have to lose

it’s not meant to punish

to teach anyone a lesson

it means exactly what it says

I don’t want that item on the menu

I don’t want to walk any further

I don’t want to talk about it

once I’ve said no

I’m not open to negotiation

any more than you are

in your eagerness for a yes

there are time when no is pointless

I can say no more shit

but it keeps coming

from people who don’t ask for permission

they take thing into their own hands

pick up the gun

teaching us the lesson

there are no thought police

to say how terrible it is

it’s too late to be bold enough to say anything

even though before the fact

it was bold enough

our agency as humans

it’s too late to say no

I say no when I mean no

don’t condition it as a potential yes

I’ll repeat the no

but if it takes more than one repeat

because if you can’t respect my no

then my yes is meaningless to you 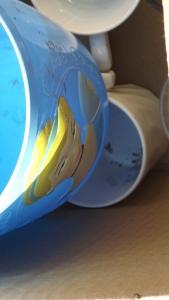 It took two tries to get into Law 28. To me ‘bold’ at first meant a sort of brash pushiness that calls attention to itself – an act that is a departure from the norm – fashion forward with deliberate changes in shape or fabric that challenges. The first take was feeling out the expectation of being bold within the safety of no change. I liked this start but it wasn’t bold enough for me 🙂

One of the boldest things, for me, is to step away from people pleasing without the need to please at the same time. There is a power in saying NO. As I’ve heard in recovery ‘No is a complete sentence.’ The ability to say NO without also having to make an apology to go with it takes practice. Often I’m not sorry when I say No Thanks so why pretend that I am. 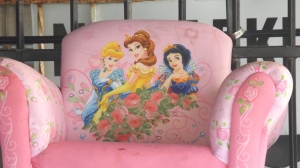 There are those who feel NO needs to be justified or that if you say it you are merely saying ‘convince me.’ ‘What do you mean No?’ Some of this reflects the notion of consent – just because I meet a guy fro coffee isn’t consent to coming back to my place, coming back to my place may be consent to sex but not to getting tied up – no amount of sweet talk is going to get me to say yes to what I said no to. 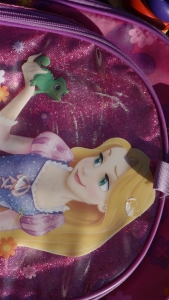 Of course we always don’t have agency – I never said yes to crowded subway cars but if I want to get there I have to fit into that car. I was also thinking about event she may be powerless over like the Orlando Pulse shootings. That shooter didn’t ask permission he acted boldly. Laws that try to protect can’t in the long run. Laws are often a way of enforcing a NO – to control behaviour but as the piece says they can’t control thoughts.

It returns to the more person level in the end with boundaries – No is a boundary – some people feel it is perfectly okay to ignore a boundary if they feel they know what is best for you or if they they can change your mind because it’ll suit their own ends as yours are clearly wrong – they feel somehow victimized when you don’t compromise. They can’t respect your decision to say No, if they don’t – move on. Now that is bold.

she made me do it

all she had to do was smile

to thanks me for the complement

let me touch her hair

such a simple thing

but no she resisted

she was dressed to be noticed

I couldn’t help myself

it was society’s fault

for telling me that as a man

I had the right to act on any opportunity

to make my sexual interest

in any woman known

that she should welcome it

that it was flattering for her

to be so desired by men

that was her only role in this world

and when she resisted

it was her fault

for leading me on

by being born a woman

at least she was a real woman

it’s not as if I’m some sort of perv

it’s not as if I killed some dude

who did the normal thing

when a woman disrespects

by showing no interest

by not even acknowledging my presence

even when I say Hi pretty lady

as politely as possible

all she had to do was reply

all she had to do was admit how much

but no she didn’t even look in my direction

even as I followed her

even as I taught her the lesson

so it’s not my fault

my hands are clean

This take on Law 26 gave me chills when I first wrote it. I put myself into the head of the victimizing blamer – in this case the whole rape justificationist. Some of the defences of the protagonist are ones that I’ve read, heard one the past year – not old fashioned notions of toxic masculinity that have been cast aside – they seem to be cast in stainless steel in the mind sou too many men.

It’s also a culture in which people seek to evade responsibility but finding fault with circumstances but not with their personal choices in those circumstances. Some playgrounds now have padded surfaces to keep parents from suing them if their children fall down on the actual earth & hurt themselves. Someone spills a hot coffee not themselves & sues the coffee shop for selling them a hot coffee that spilled on them.

As a gay guy I’ve interacted with men on on-line gay sites who get pissed off if you aren’t interested – after all they’ve been generous enough to show an interest in you so why be so stuck up. When I was first active in Toronto my self- acceptance was so low I did end up with guys simply because they were interest not because I found them attractive. Those days are long behind me but – this to me, reflects, the sense of male entitlement – ‘I’m attractive, interested, you must say yes.’ 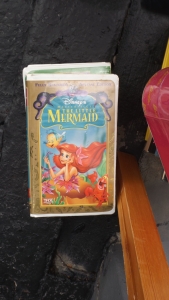 My piece deals with rape culture & that sense of toxic male entitlement. In some cultures women are still considered only in the context of male control, even in USA female reproductive rights are dictated by men. Here in USA/Canada, where there are supposedly equal rights, perpetuators still get offended when forced to face that they are in the wrong and won’t be let of the hook because they were polite. 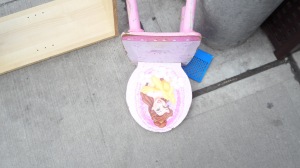 this is how I started

a bit moved across Canada for a generation

a new home every year

each new home a new opportunity

but never enough time to develop

discovering things about himself

that weren’t what he observed

reinforced by parental and scholastic approval

those moments when I was observed

the arty poet uninterested in approval

bravado rather than conviction

the shield of music

flowed into the the drunk

the numbed to identity

the first man on man sex

but with more to hide

inventing to we did drunk sex

so it doesn’t count

the man escapes from

not another new world

once again the new face in town

remade into the timid bar hopper

reinvented as the sober housemate

the lover for life

the return to the word

discarded to be replaced

by the novelist poet

spun into the out spoken queer

This was an interesting law to work with – I did take it rather literally for a change – first by looking at the ways I was reinvented by the culture I was growing up in. There was a fair bit of moving until we settled in Sydney Nova Scotia. Even there we moved at least three times before my dad bought the house I grew up in. All that moving made it hard to learn how to interact with others. 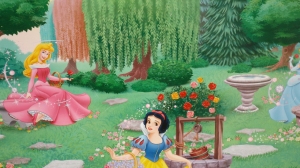 I was also small, blond, a bit spoiled and fearful. My final height growth didn’t happen until after I finished high-school. I’ve written about my east coast growing up extensively but never from this particular point of view. Even then I did feel the pinch of never being the ‘boy’ my Dad would have liked – sporty – my younger brother took that role on.

I did want to be a writer from an early age but that was never seen as a viable or suitably masculine role for me & so it was never really encouraged. Learn to spell first was a frequent admonition. No one knew about spellcheck in those days. Oddly enough the ability to spell was seen as girly – maybe that was why I resisted it. Girls could be smart; guys could be dumb.

Things then that I didn’t really question but felt shame around – this cultural coding of what gender meant as a value judgement. All I knew was my fear at being found out, called out & mocked. Some of those fears were realized in high school being designated as a gearbox – one of those olden day terms for queer – fairy was also used but I preferred gearbox as it at least sounds a little butch, right? 🙂

This follows the changes in identity over the decades, the fearful drunk, the quiet rebel who was hidden but resolute all the same. Writing, painting where modes of expression that probably kept me alive. Same with drinking as other hidden gay guys I sort of knew killed themselves. I survived. Some of these changes are way out culture reinvents us from cute young thing to handsome older to doddering dirty old man.

One of the comments about my After The Falling chap book is that there was no clear through line – that each of the pieces, as well written as they were, came from different writers. Which to me says I have a multi-layered world view that reflects a more complex person than my image may project at any given time, or rather, than you may project on me at any given time.

The most recent re-invention is #DadBodHot. 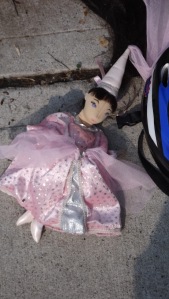